The Young And The Restless Spoilers: Tucker And Diane Are Still Lying – Jack Is Snowed 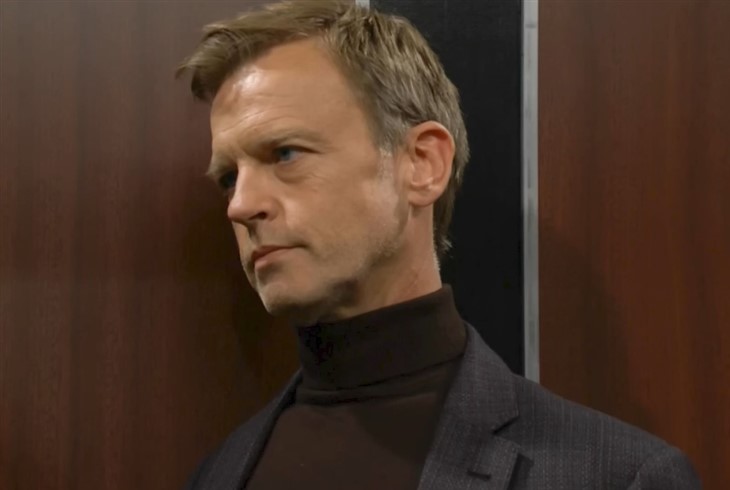 The Young and the Restless spoilers document Tucker McCall’s (Trevor St. John) connection with Diane Jenkins (Susan Walters) remains cloaked. Both halves of this one-time alliance revealed strategic information about their connection through their tense chat outside Society.

Trevor provided Ashley Abbott (Eileen Davidson) with what she termed juicy information. Jeremy Stark (James Hyde) conned Diane into a money laundering operation. Disturbingly, he is set to be released from jail four years ahead of schedule.

The above would be enough to spark drama. But what Tucker and Diane said to each other raises the daytime game to even greater heights.

The Young And The Restless Spoilers – Diane Jenkins Fears The Truth

Tucker left Jabot and went to Abby Newman Abbott Chancellor’s (Melissa Ordway) restaurant. He did not know it, but Diane followed him.

Walters’ character and Jack Abbott (Peter Bergman) happened upon Ashley and Tucker in the hallway of the Abbott’s family business that St. John’s character has his sights on. Jack and Diane were surprised when Tucker mentioned Los Angeles, California, as part of a further discussion he and Ashley could have later at dinner.

The kiss Tucker planted on Ashley’s cheek caused Jack and Diane’s eyebrows to raise. Tucker made that move for effect, as he did when purposely referencing LA, and Ashley went along with it for reasons that she later explained to Jack.

Jackie, which remains Ashley’s fond nickname for her brother and is historically tied to their parents, feels sorry for Diane. Bergman’s character held nothing back when questioning Ashley.

Jack does not want to see his sister get hurt. She tried to reinforce that all is going well with her plan to obtain as much information from Tucker about Diane as possible.

The above set Jack off because of the emotional transfer he continues to make from Kyle Abbott (Michael Mealor) to Diane. Jack wants Kyle’s restored relationship with his mother to continue and has concluded that he does not want to know about Diane’s past in California, including whatever she did with Tucker.

Ashley is pursuing a wise course. Her instincts are right. There are more secrets to be learned.

Jack will care about what Diane has not told him. Viewers know that Tucker wanted her to provide him with Jabot’s financials, which she did not do.

Tucker is telling Ashley that her interests are his top priority. He is telling the truth. But his presumed attempt to seize control of Jabot, which could become an apology gift for Ashley, would create unknowable reactions across Genoa City, Wisconsin.