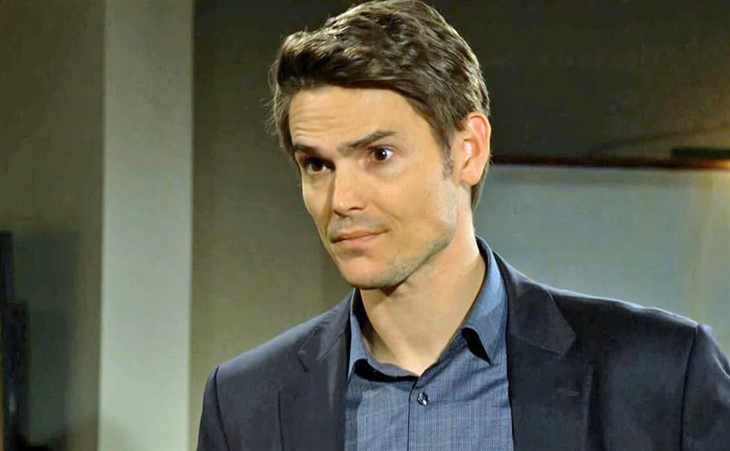 The Young and The Restless spoilers and rumors tease that Adam Newman (Mark Grossman) is pretty upset with how Chelsea Lawson’s (Melissa Claire Egan) been raising their son lately. Might Adam decide it’s time to push for sole custody of Connor Newman (Judah Mackey) considering their son is so upset with Chelsea?

The Young And The Restless Spoilers: Connor Newman’s Upset

Connor is very upset at Chelsea after she told him that Johnny Abbott (Paxton Mishkind) is her son too and they’re half-brothers, thinking he would be thrilled. Instead, he’s upset and doesn’t want anything to do with her, and she should have known better knowing he didn’t accept Christian Newman (Alex Wilson) either. Connor’s not getting along with Christian when they lived with Nick Newman (Joshua Morrow) is what pushed Chelsea and Connor to live with Adam.

The Young and the Restless spoilers say Chelsea interrupted Billy Abbott (Jason Thompson) at Kyle and Summer Newman-Abbott’s (Michael Mealor, Allison Lanier) vow renewal to cry over Connor’s rejection. Adam likely finds out what happened from Connor himself, and he is not happy with how Chelsea is handling things lately at all.

Adam can see that Chelsea’s spiraling again, and now she’s becoming emotionally dependent on her sons; kids aren’t meant to prop up their parents. Adam still has his problems, but he’s come past emotional dependence and mistaking it for love as one of them, and he doesn’t want their son to be insecure and unhappy. Chelsea appears to be flitting from man to man since Rey Rosales (Jordi Vilasuso) died, and Adam’s been there – he knows that was a case of emotional dependence on Rey. And now, since she can’t get Billy to fill that hole in her heart, she’s looking to Connor and Johnny to do it and both have rejected her. Adam knows Connor needs a mother figure, but his own mother’s not up to the task and something has to be done.

The Young And The Restless Spoilers: Adam Newman Considers

Adam considers carefully his own past and sometimes bad reputation in thinking about pushing for sole custody of Connor. He just got a great job taking Kyle’s place at Jabot after he left to work at Marchetti with Summer, and Jack Abbott (Peter Bergman) is taking him under his wing. Jack has always been a great father to his son and a great grandfather to his grandson, and he’s a good one to ask for advice.

Jack agrees that Chelsea is spiraling and he’s heard Johnny’s side of the story from Billy. Chelsea has upset both boys and been selfish and immature, not what a boy needs as a mom; he advises Adam to take Connor and force Chelsea to get help.