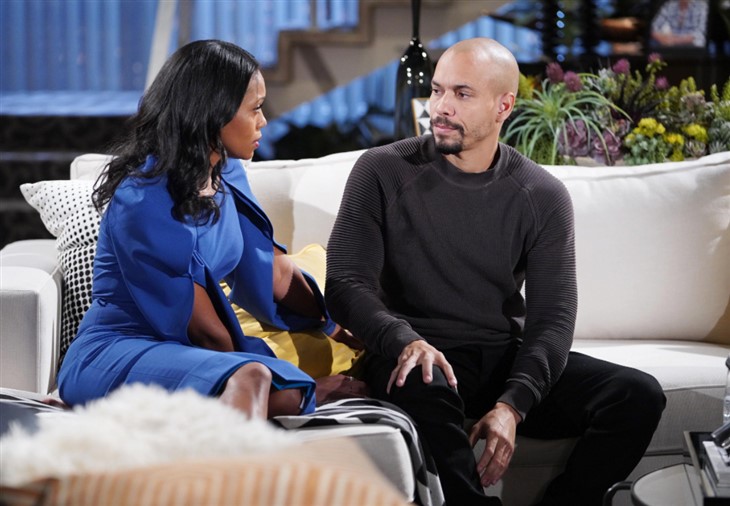 The Young and the Restless (Y&R) spoilers reveal that Abby Newman-Abbott-Chancellor (Melissa Ordway) and Devon Hamilton’s (Bryton James) friendship was solid. Then, Amanda Sinclair (Mishael Morgan) moved in, and suddenly, Devon is suing for custody. Abby makes her feelings clear in Monday’s episode. Does Abby believe that Amanda is pulling the strings?

The Young And The Restless Spoilers – Devon Hamilton’s News

Abby welcomes Devon into her home but immediately is put on guard when Amanda walks in. Despite Devon and Amanda being in a relationship, Abby knows what the lawyer’s presence means. Abby won’t let Devon announce his news until Chance Chancellor (Conner Floyd) comes home. So, Abby summons her husband and braces for the bombshell that’s about to be dropped.

The Young And The Restless Spoilers – Suspicious of Amanda Sinclair

The Young and the Restless spoilers reveal that when Devon announces his plans to sue for custody, “Chabby” is stunned. Abby demands that Amanda leave immediately. Abby says that Amanda isn’t there as Devon’s girlfriend but as his lawyer. She insists on speaking with Devon alone. Even though Chance and Amanda don’t think it’s a good idea, Devon agrees.

It has been teased for quite a while that Abby might have problems with Amanda and Devon’s relationship. However, at the time, Chance was believed to be dead. So, maybe fans were partially correct. Abby will have a problem with Amanda, but not because of a romantic interest in Devon. Abby might believe that Amanda is putting ideas into Devon’s head.

Abby does make a bit of an ultimatum to Devon. Devon admits he is concerned about Chance’s traumatic influence on Dominic. Abby warns Devon that if he goes the custody battle route, things will get a lot worse. She is absolutely correct and no matter the outcome, their friendship could be fractured forever.

Later, Amanda warns Devon that he needs to be 100 percent sure he wants to proceed. Amanda cautions that the custody battle could turn very ugly. Even though there are risks involved, Devon wants to go ahead and sue for custody. Amanda even has a legal strategy in mind, but it means putting Chance on trial. Abby would consider that to be unforgivable and she’ll never look at Devon the same again.