Y&R Spoilers: Abby Seeks Sympathy From Mariah, Will She Tell Her What Happened? 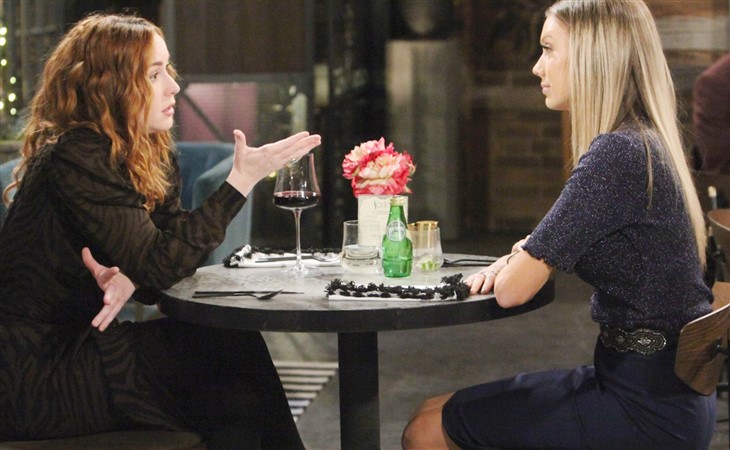 The Young and the Restless (Y&R) spoilers show that Abby Newman (Melissa Ordway) did the worst thing she could possibly do to her marriage by cheating on Chance Chancellor (Conner Floyd) with Devon Hamilton (Bryton James).

Of course, if he were to do anything close to that, she would most likely leave him in a second and take their child with her, she is now ‘fighting’ for their marriage and is going to try to do everything she can to make sure that they stay together as a family.

We see Abby go to Mariah Copeland (Camryn Grimes) looking for some kind of support after Chance doesn’t come home one night, but she couldn’t quite see to explain why in the preview, and I think she is going to gloss over the fact that she slept with Devon.

She won’t want that kind of personal image of herself out there and won’t trust anyone with knowing that, even Mariah. So why is she going to Mariah in the first place? Is she going to have some kind of answers for Abby and her marriage? I don’t think so, Abby is just looking for someone who will back her up and make her feel better about herself.

Y&R Spoilers – Will Chance Chancellor Give Her Another Chance

Ultimately, it is going to be up to Chance whether or not this marriage continues, and I wouldn’t fault him if he didn’t want anything to do with Abby after what happened. She has left him down a lot. I understand he was called into some ‘secret mission’ overseas, but the decisions she made, while he was gone, began their long road of distrust.

After he had trouble bonding with Dominic and feels overwhelmed by Abby, this is just the icing on the cake and will surely have him on the way out. He’s already told her to be with Devon, and honestly, that might be best for everybody involved. Devon can be with his biological child and they already slept together, they must feel something for each other.

I wouldn’t be surprised with Chance didn’t come back for a while and took off somewhere to hang out with an old friend. I guess we’ll find out.

What do you think? Is Chance done with Abby for good after this? Share your thoughts and remember to keep watching the CBS soap to see what happens next.

Sister Wives Spoilers: What Is Janelle Brown Hiding? Gwen’s Stories Could Be True