Y&R Spoilers: Abby And Chance Throw Love Away – Devon And Amanda Are Done 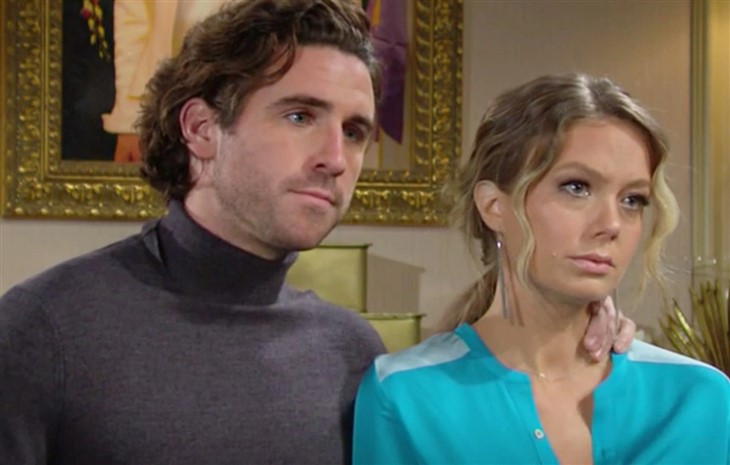 The Young and the Restless spoilers document that it appears Abby Newman Abbott Chancellor’s (Melissa Ordway) marriage is over. Chance Chancellor (Conner Floyd) made a reasoned decision and did so without anger.

Chance feels that he can not be the man Abby idealistically wants. Floyd’s character believes that Devon Hamilton (Bryton James), whose voluntary donation allowed Abby’s biological child to be born, is the ideal man for her.

Devon was surprised when hearing that he should seriously consider his true feelings. Amanda Sinclair (Mishael Morgan) is heartbroken but realistic. She thinks that Devon is in love with Abby.

The Young and the Restless spoilers hint Amanda might be right. But Devon has not been pursuing Abby. A series of soapy circumstances converged which led to Amanda and Chance finding Devon and Abby in the penthouse in a revealing position.

Some of the above is driven by Morgan’s voluntary decision to drop to recurring status. Earlier this year, the actor cited her desire to spend more time with her young family. So, Amanda was written away to Virginia for extended periods to care for her mother.

TPTB are making a compelling choice to pair Abby with Devon because they have been friends for many years. While they briefly dated years ago, there was no hard wink toward these characters becoming a couple, even when James’ character became the donor father.

Meanwhile, like Amanda, Chance is an aggrieved party who quickly achieved clarity. The forced nature caused Chance to conclude that his growing realization did not reflect insecurity.

Chance’s talk with Sharon Rosales (Sharon Case) was intriguing. She has become the the town counselor, playing the role of a sitcom’s bartender who listens and offers solicited advice.

A Sharon-Chance connection would fit. Case’s character is familiar with the police officer lifestyle and might have had enough time to be ready for love. Of course, no spark exists. But this is daytime, meaning it could happen.

Devoted fans recall that Abby told Ben she never loved him. That dialogue was a convenient way to write Ben out of the show and was questionable.

Just as Ordway’s character has developed nicely since that point in the plot, so too has Abby’s life become more complex. This divorce would mean Dom is losing a man who has been an important part of his life.

But Abby and Devon clearly care about each other. Most importantly, they share an infinite bond with Dom as Amanda stressed. So, being with Devon may project as best for Dom on Y&R.