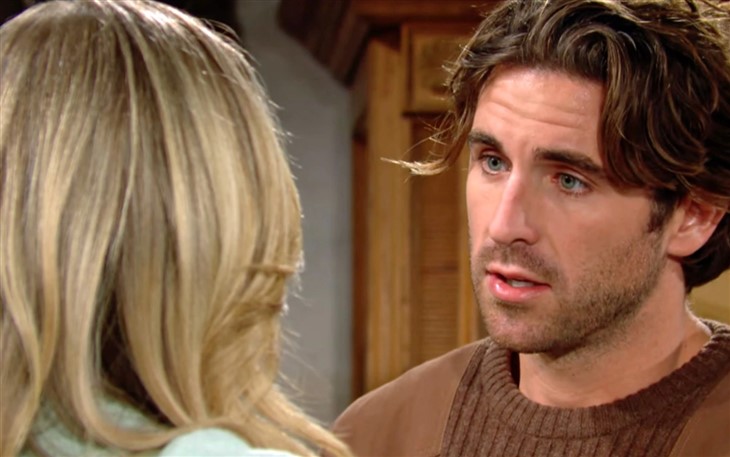 The Young and the Restless(Y&R) spoilers for Tuesday, November 15, 2022, reveal Chance and Abby’s marriage on the rocks worse than ever before. Maybe adultery should not be a part of marriage.

Abby Newman Chancellor (Melissa Ordway) can barely believe it when Chance Chancellor (Conner Floyd) announces he wants a divorce. They fought so hard to be together when she thought he was dead and she worked so hard to have Mariah Copeland (Camryn Grimes) bring a baby into the world for them to raise.

Oh, she had a one-night stand with Devon Hamilton (Byrton James) that Amanda Sinclair (Mishael Morgan) and Chance walked in on. That shouldn’t get in the way of a happy home life, should it?

Well, to Chance it sure should. Even Abby told Devon her marriage to Chance seems to have lost the luster it never really had considering the only reason they got married was to become parents, which ended up becoming challenging. Still, Abby fights Chance on his decision but she may not win.

Y&R  – Ashley ABBOTT Gets The Dirt

Ashley Abbott (Eileen Davidson) might want to be there for her daughter and the mess Abby has made of her life, but first, she needs to get dirt about Diane Jenkins (Susan Walters) out of Tucker McCall (Trevor St. John). She turns on the charm and can’t believe it when he tells her things she never expected to hear.

Nikki Newman (Melody Thomas Scott) and Phyllis Summers (Michell Stafford) will be thrilled with this news. It’s just what they have been looking for all these months and now they finally have it. Diane is not going to be happy at all, but Diane is certainly going to fight.

Yes, Diane is still giving it all she has on Tuesday to hide her misdeeds and fight Phyllis. She is so close to having her life back that she is not about to let this woman get in her way.

However, she might want to be careful because Phyllis is keeping things close to the vest, even if she does seem more than a little smug. Stay tuned to The Young and the Restless weekdays to see how these stories play out.

Days Of Our Lives Spoilers: Alex Is There When Allie Needs Him