Y&R Spoilers: 3 Must-See Moments For The Week Of November 21 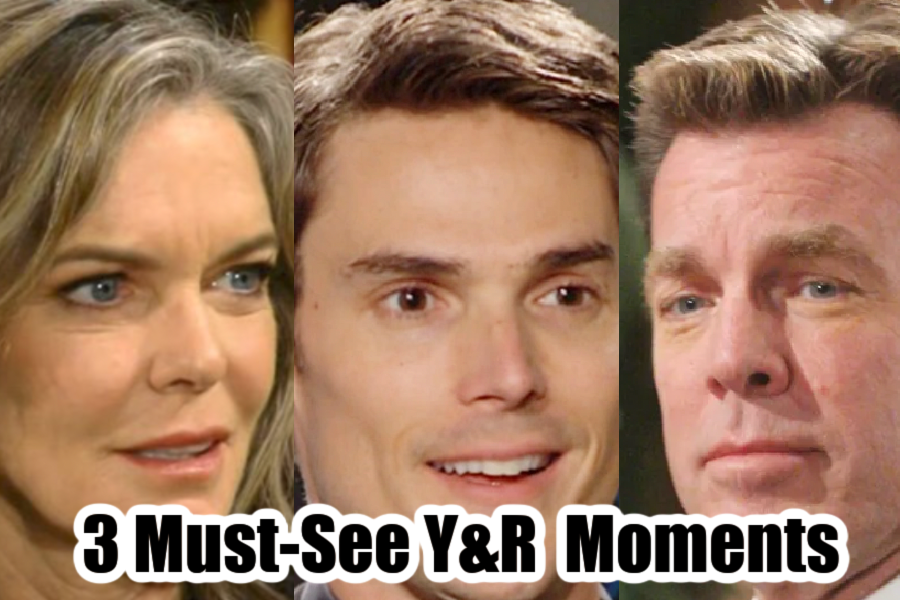 The Young and the Restless spoilers for the week of November 21 reveal there will be plenty of drama despite it being Thanksgiving. Three must-see moments next week include Adam Newman’s (Mark Grossman) marriage proposal. Fans will also see Jack Abbott (Peter Bergman) try to keep the peace when Diane Jenkins (Susan Walters) joins the family for Thanksgiving.

The Young And The Restless Spoilers – Adam Newman’s Marriage Proposal

Of course, Sally won’t take this seriously and will probably blast Adam. However, Adam isn’t going to give up. So, how will Sally handle this and is this connected to Nick retaliating against his rival?

Another must-see moment during the week of November 21 includes the Abbott family. Jack and Ashley Abbott (Eileen Davidson) already had a heated debate. So, don’t expect Ashley to react well when Diane shows up at the table for Thanksgiving.

Jack will probably try to keep the peace, especially for Kyle Abbott (Michael Mealor) and Harrison Locke’s (Kellen Enriquez) sake. However, will Ashley be able to be civil or could this Diane situation blow up?

The Young And The Restless Spoilers – Lily Winters’ Unexpected Reunion

The Young and the Restless spoilers for the week of November 21 reveal that Lily Winters (Christel Khalil) will have an unexpected reunion. Daniel Romalotti (Michael Graziadei) will return to Genoa City. While Daniel will meet up with Phyllis Summers (Michelle Stafford), the preview clip shows the returned character hugging Lily.

What does the future hold for Daniel as he returns to Genoa City? What does it mean for Lily, Phyllis and the other characters?

While Y&R is a soap with plenty of drama, fans can also expect to see some heartwarming family moments.

Which storyline are you looking forward to seeing the most during the week of November 21? What are your predictions for Sally’s reaction to Adam’s marriage proposal? How will Nick retaliate against Adam? What will be the outcome of the tense Abbott Thanksgiving dinner? What do you make of Daniel’s return to Genoa City? Share your thoughts and remember to keep watching the CBS soap to find out what happens next.