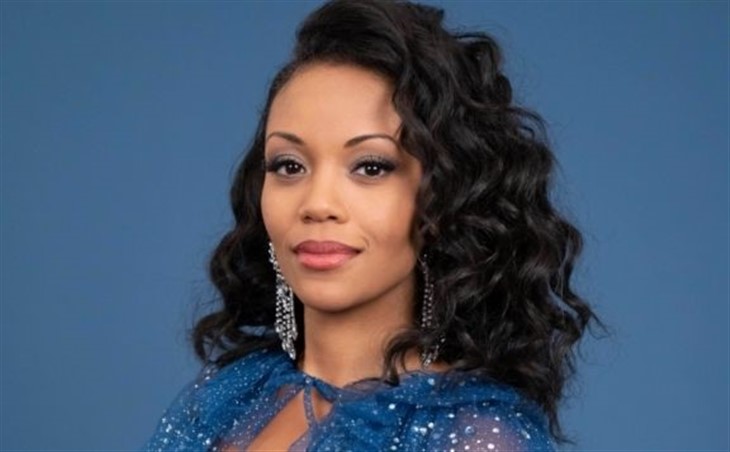 The Young and the Restless (Y&R) spoilers reveal the stunning news that Mishael Morgan is no longer on contract as Amanda Sinclair. Fans had been wondering about her status after a period of not being onscreen, and the lovely and talented actress just confirmed the sad news.

She said in an Instagram story taped on the set, “I just wrapped for my last scenes back and I just wanted to let the cat out of the bag a little bit.”

She added that, “a lot of people have noticed that my name isn’t on the main credits anymore, and I wanted everybody to know that it was my decision,” a decision reportedly made last December.

With all the speculation going around, co-star Michelle Stafford’s (Phyllis Summers) social media post ramped up the rumor mill.

Stafford posted a pic of the two leading ladies with the caption: “My super amazing EMMY winning friend! I have had so much fun with you the past 3 years. I love the friendship we created on screen. And the friendship we created off screen. SO many amazing things are happening for you and I am beyond excited! The future is yours! This is the beginning of so much greatness. I love the scenes we shot today. I love you girl. You are special. Never forget that. Go get um!❤️ @mishaelmorgan #YR.”

Other Y&R costars were quick to post about the news, with Sharon Case (Sharon Rosales) replying with one word: “Beauties.”

Back to Mishael’s message, she said that the soap will, “always be home … I have so appreciated this safe place to land that they have given me so I know that I can be back. They are like family to me, and coming back just reminds me of that.”

She added, “I’m so appreciative of you guys and all the fans who have supported me along this Young & Restless journey.”

The Young And The Restless Spoilers – Who Is On Recurring Status?

Mishael conclude: “I’m still going to be recurring, so you’ll still catch me in Genoa City … keep looking out for new things.”

Tell us what you think about this stunning news Y&R fans!