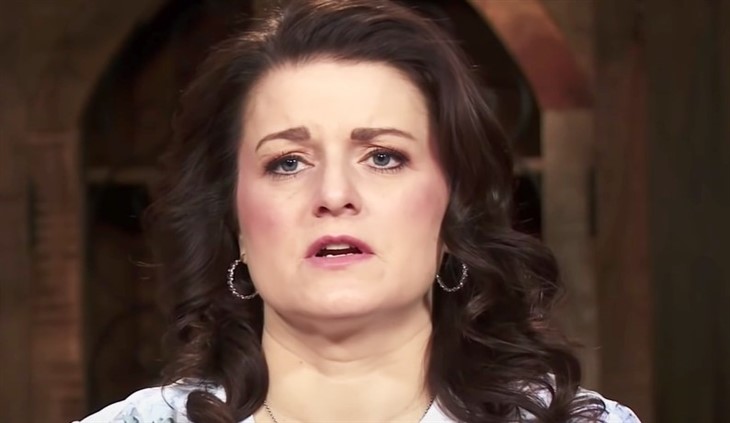 Sister Wives spoilers revealed that Kody Brown threw all of his toys out of his crib when he unloaded on his wives. That came in a trailer for Season 17 this week. Furious about Christine, he ranted and raged like a seven-year-old denied a cookie. Plus, he ranted at Janelle who gave him a side-eye. Meanwhile, Robyn looked down and Christine looked like she didn’t care for one flying second.

TLC fans think that in the next season, Sobyn’ Robyn will make the drama all about herself as she acts out being the ultimate martyr. When Kody melted down, some fans noticed that Robyn looked down all the time. Plus, the aggressive body language was aimed at all the wives bar her. So, on Reddit, fans assumed that he fills her in before he has his infamous family chats. Possibly, she probably expected it all to go down and tried to hide the expectation from her eyes.

Sister Wives fans also saw in the trailer, that Robyn Brown seemed upset that Christine was leaving. Well, some critics wonder why. After all, she’s the Queen Bee these days, and that means less competition for her. Additionally, many TLC fans think that she always wanted to get rid of the rest of the wives. Only Meri seems to seriously want to hang on but Kody’s not interested in her sexually. Maybe, that’s why Robyn manipulated her into sticking with the family. Of course, she managed to sob…again! What a loyal little martyr she seems to be, fans agree,

On August 10, u/mshoneybadger posted up a screenshot from the Season 17 teaser. Titled “Robyn thrives,” other followers noticed that she looked down all the time. Furthermore, they noticed that Kody’s aggression seemed to be directed at everyone else. So she does seem to thrive and that means more opportunities to act the martyr. So, fans suspect that a lot of sobbing comes along as she pretends to throw herself on her sword to shield the rest of the family.

It’s not an impossible theory, as the Sister Wives star mentioned rebuilding when she ambushed Meri into sticking with her. In the comments of the post, u/Kitty_Mombo predicted, “This season will allow Robyn to continue to play the martyr. The creepy part is when Robyn says to Meri – we need to rebuild. Yikes!!!!”

Sister Wives fans suspect that Jenelle might also roll on out of there, so it’s not clear what Robyn plans on rebuilding. Perhaps she can tell Kody to please boink his brains out with Meri to keep the rest of the family intact.. Now that would be the ulitmate martyr scene to ever feature on TLC screens.

Would you like to see that happen? Sound off in the comments below.