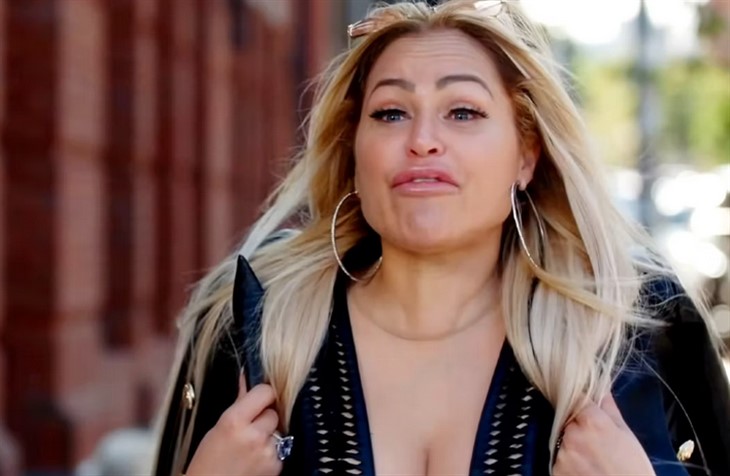 Stacey Silva stepped foot on the TLC show when her twin sister, Darcey Silva, appeared in the franchise. She has stayed with Darcey, especially when the latter experienced heartbreaks over her unsuccessful relationships. The popular twins even got their solo spinoff “Darcey & Stacey.”

She is a mother of two and married to Florian Sukaj. Though Stacey and Florian are still together, they also shared some ups and downs in their relationship. Florian was previously reported to be romantically linked to a woman named Shanti Zohra. Despite their love issues, Stacey forgave her husband and continued to work on their marriage.

In one of her latest posts on Instagram, Stacey shared a photo of herself flexing her newly changed lips and eyelashes. A “90 Day” fan took a screenshot and brought it to Reddit with a caption: “I have no words.” However, the TLC star failed to impress the viewers and they all express their disappointment in the comment section.

One fan said, “It looks like she has caterpillars on her eyelids… very disturbing” and someone replied, “And slimy worms on her mouth.” A Reddit user wrote, “I don’t get the lips and eyelashes. Do men actually think this is attractive? What does she get from posting these types of pics?” Another one chimed in, “I don’t know if she’s consciously trying to appeal to blow-up doll fetish folks or not?”

In other news, Darcey Silva shared the link to her OnlyFans account and her followers were unpleased. The TLC star got more than a million followers on her Instagram account. However, not all of them were there to support her, but some were always present in her every post to criticize her.

In one of her recent posts on social media, Darcey shared a series of selfie videos and invited her followers to subscribe to her on the adult application. Just like her twin sister, instead of support, “90 Day” fans expressed their disgust for Darcey in the comment section saying that she doesn’t look beautiful nor sexy in her selfies.