Who Was General Hospital’s Courtney Matthews? 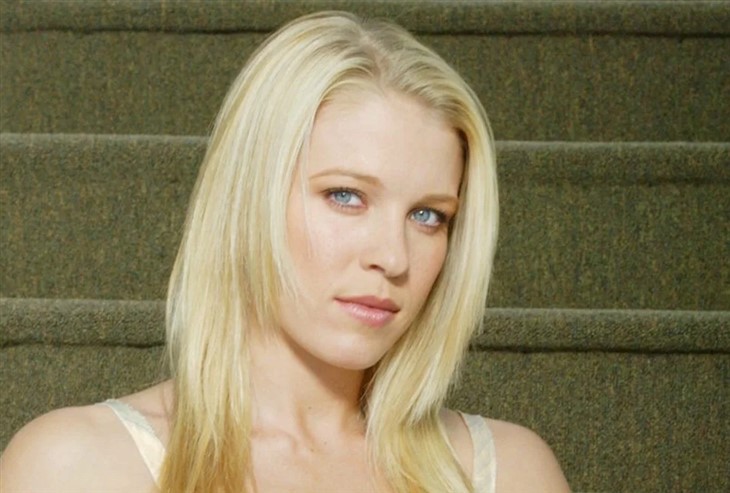 When General Hospital’s Courtney arrived in town she met and fell in love with A.J. Quartermaine (ex-Sean Kanan). A.J. used Courtney to get access to Michael Corinthos (Chad Duell) his biological son with Carly. Sonny had adopted Michael after forcing A.J. to sign over his rights to the child. Courtney began to strip to make money after A.J.’s family freezes his assets. Courtney finds out that A.J. is having her stalked and asks for a divorce. Courtney falls in love with Jason Morgan (ex-Steve Burton). Sonny isn’t happy about Jason dating his sister but the two eventually marry in France. After losing their child, Courtney begins to have issues with Jason’s job which he has no intention of giving up. Courtney and Jason eventually part ways after the Port Charles Hotel Fire.

General Hospital’s Courtney later starts a foundation for underprivileged children which leads to her becoming a foster mother. At one point, Courtney takes in Deigo Alcazar (ex-Ignacio Serricchio) who was the son of mobster Lorenzo Alcazar (ex-Ted King). Courtney accepts a 10 million dollar bet from Jasper “Jax” Jacks that leads to them eventually getting married but A.J. later returns to town and reveals that he never divorced Courtney. Courtney and Jax marry in June 2005.

General Hospital Elizabeth Baldwin (Rebecca Herbst) agreed to carry a child for Jax and Courtney but Jax’s bond with Elizabeth became too much. Courtney got close to Nikolas Cassadine (Marcus Coloma) and miraculously got pregnant. Jax changed the test results to show that the baby was his and not Nikolas’. Courtney leaves Port Charles in January 2006 only to return a month later and contract encephalitis which kills her shortly after the birth of her son Spencer Cassadine (Nicholas Chavez). Jax tells Courtney the truth before she dies but Nikolas arrives too late to learn it from Courtney. Jax decides to raise the baby as his own and Nikolas doesn’t learn the truth until Spencer is a few months old.

Nikolas eventually gets his son back and changes his name to Spencer. Nikolas raised Spencer on his own for years. However, Nikolas’ faked death has been a point of contention between father and son for some time.