Who Plays Baby Dominic On The Young And The Restless? 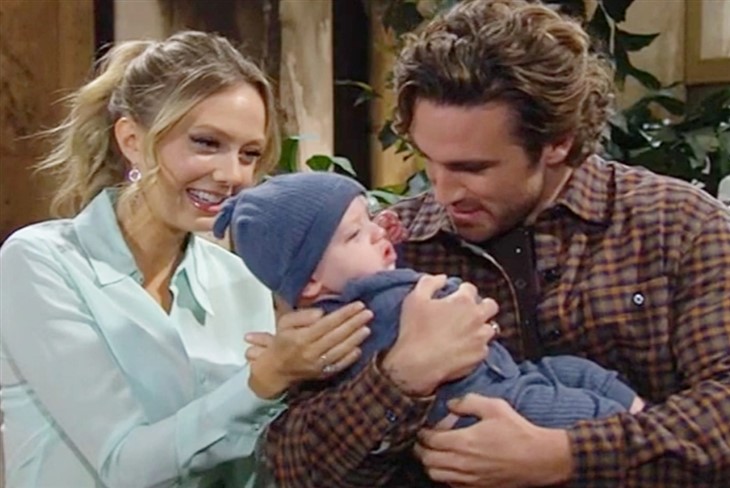 Many Young & The Restless fans have fallen in love with baby Dominic, played by twin boys  Rainn and River Ware. Baby Dominic is the legal son of Abby (Melissa Ordway) and Chance (Conner Floyd) on Y&R. Yes, they are only baby Dominic’s legal parents as the origins of the cute toddler is a mystery.

The Young And The Restless – Abby Newman Finds A Surrogate & A Donor, Desperate For A Baby

Abby was unable to carry a baby and then matters got worse when Chance discovered he could not father a child due to issues with his sperm. Determined to start a family and a have a baby, Abby makes plans to have Mariah Copeland (Camryn Grimes) carry her baby for her. At the time, Chance was away on business. At first  Mariah was reluctant but eventually agreed.

Abby then informed her friend Devon Hamilton (Bryton James) about her and Chance’s predicament. Lucky enough, Devon felt for his friend and volunteered to donate his sperm so that the couple could have a baby.

After baby Dominic was born, Chance was once again away fro business when an explosion occurred in Spain. Chance was thought to be dead. Left devastated, Abby became extremely close to Devon during that time. After Abby found Chance alive, the couple attempted to return to their life together as parents but Chance had trouble bonding with baby Dominic.

Meanwhile, Devon was desperate to continue his relationship with baby Dominic. Threatening Abby, she agreed to let Devon take his son one night a week. Recently, baby Dominic has endeared a number of medical issues after refusing to eat. Abby and Chance were stressed after the seeing their son so lethargic and not himself so they brought him to the doctors. They were scared further when Dominic had to go undergo a bone marrow aspiration test.

The Young And The Restless – Baby Dominic Diagnosed With Rare Disorder

Sadly, baby Dominic was diagnosed with a rare blood disease and needed a bone marrow transplant. Surprisingly, Devon is a match as a donor. As biological parents are always a half match, The Young & The Restless fans have been left to wonder what is next when it comes to the true conception of baby Dominic. What will be revealed about baby Dominic as he fights for his life?