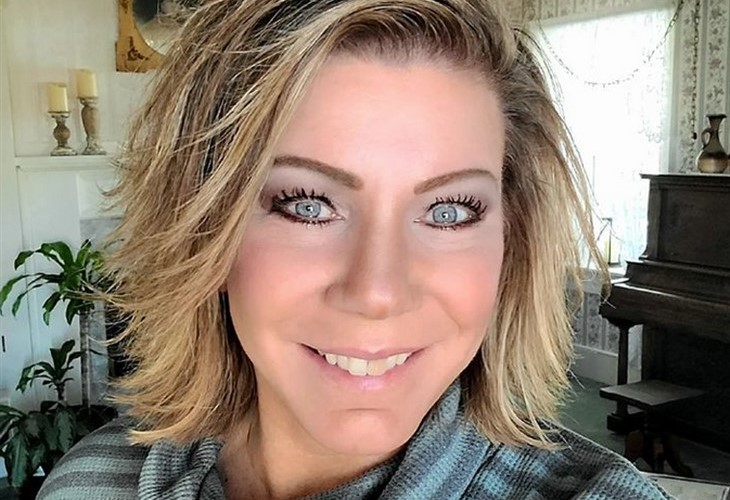 Sister Wives fans suspect that Meri Brown hangs onto her estranged husband Kody to stay on the show. Obviously, that adds to the size of her wallet. Actually, TLC fans suspect that a lot of people do that with the network. However, they usually at least hashtag the show or say the name of it when they communicate. This week, ahead of Season 16’s Tell-All Part 2, she did neither of those things on Instagram.

Did Meri only just start reading comments by fans who think she’s desperate? They did that for years now. However, in a rant this week, she talked about Season 16 of the TLC show. Notably, she avoided using the name of the show that presumably puts a large portion of food on her table. Actually, without the show, would anyone bar a few friends have ever heard of her? Would she be so successful with her LuLaRoe MLM downline if she was just Ms.Ordinary?

Sister Wives fans know she owns the Lizzies’s Heritage Inn located in Parowan, Utah. But, would she get as many bookings if she never appeared on television? So, it seems to be a mystery why she deliberately avoided naming the show in her rehash on Friday, February 4 of why she stays with Kody.

Then again, Meri Brown seems to like being mysterious and she often posts cryptic messages in her stories.  Fans see two completely different people. In the show, they see her sad and maligned by her husband. Fortunately, she doesn’t get weepy as often as she used to, fans agree. Actually, Robyn sports the crown in that area. However, on her social media, fans usually see a confident, outgoing personality, who always bangs on about positivity. It’s no wonder then, that over the years folks suggested the show’s probably partly scripted.

Meri Brown didn’t really say much thst’s different from what she said in the past. Anyway, once again, fans saw that she gave her rather vague reasons for staying with Kody. In previous posts, she already mentioned that she knows people call her  “desperate.”

However this time, she claimed: “What you’ve seen is me using my voice to have fun and bring humor to a not so perfect situation.” Hmmm. Did you get a barrel of laughs when she said that she and Kody last had rumpy-pumpy “over a decade” ago? 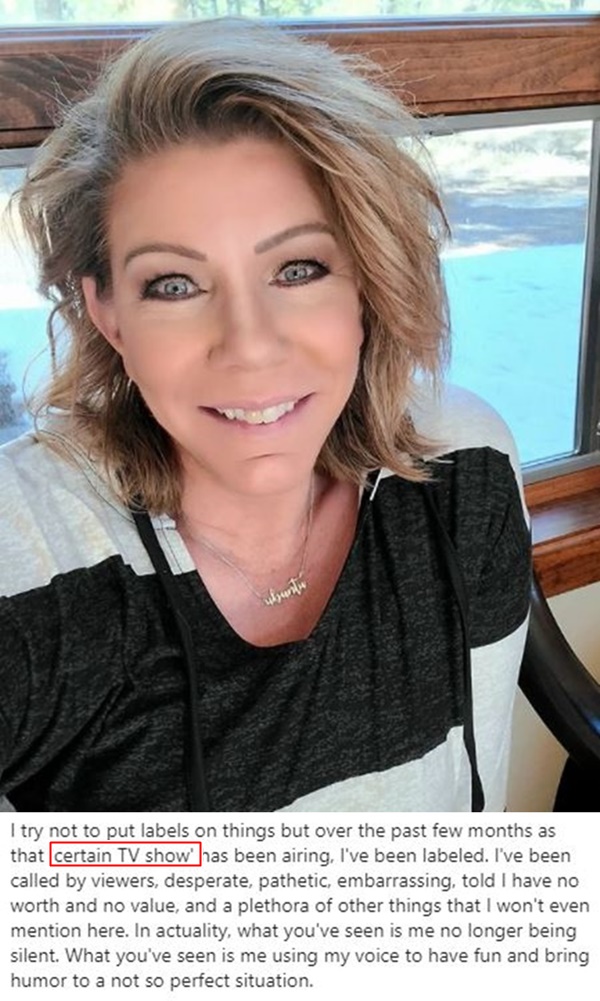 Actually, it’s probably more interesting to note that instead of using the name of the TLC show, she wrote, “that ‘certain TV show.” Well, many fans picked up that she’s unhappy that fans label her. So, a lot of replies went in where people explained that they just care for her and worry about her loveless situation. However, at least one person picked up that she didn’t use the name of the show. So, that fan perpetuated it, writing, “I watch this “show” and I’m sad for you.”

Sister Wives – Why Not Mention The Name?

As not everyone who is with LuLaRoe or who buys her clothing is necessarily a Sister Wives fan, maybe that’s why Meri Brown didn’t use the name. One follower wrote, “I don’t watch TV and you seem super happy to Me!! ❤️.”

As mentioned before, Meri seems to like being mysterious so perhaps there is no deep reason behind it. What are your thoughts? Sound off in the comments below.

Be sure to catch up on everything happening with Sister Wives right now. Come back here often for more Sister Wives spoilers, news, and updates.