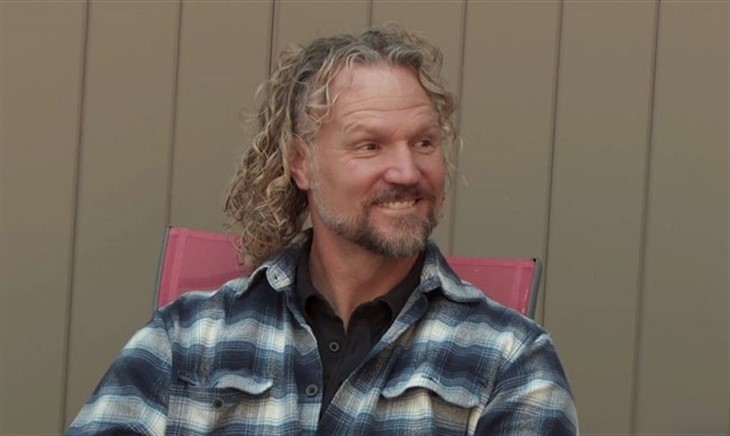 Sister Wives spoilers point to Kody Brown dropping a bombshell about Meri Brown. But the upcoming episode’s sneak peeks go even further. Meri may dish up just as many shockers about her husband as he does!

Find out what to expect on Sunday’s episode of Sister Wives below. And then don’t miss the chance to tell us if you predict Meri or Kody will deliver the biggest bombshell!

Kody Brown reveals in the next episode of Sister Wives his true feelings about Meri Brown, according to People magazine’s sneak peek. But the preview for the Sunday episode, which will feature a one-on-one look at their relationship, also shows how Meri feels about her marriage. And credit goes to host Sukanya Krishnan for pushing both Kody, 53, and Meri, 51, to get honest about their relationship.

For instance, the Sister Wives host questions Meri why she stays with Kody after admitting the two have experienced no intimacy for more than 10 years. “This is my family, like I don’t understand people who think, ‘Well just because you don’t have this relationship with Kody, why don’t you just leave?’ Because I don’t want to,” she explains.

But Meri also hints that the fact that she watched Kody wed three other wives after their marriage in 1990 began their lack of intimacy. Janelle joined their plural marriage just three years after Meri, with Christine following in 1994. And the final wife in the polygamous situation, Robyn, didn’t legally wed Kody until 2014.

As a result of all she’s survived, Meri feels that she does not understand those who ask why she doesn’t leave. “It doesn’t make sense to me when people ask me that all the time,” admits Meri. But she appears cautious in discussing Christine’s split after 25 years as a couple.

During the upcoming episode, spoilers show Meri getting questioned specifically about why she doesn’t follow Christine’s lead. “All I can say is we’re two different people, we have two different sets of values,” answers Meri. But Christine, 49, offers an intriguing insight into the difference between herself and Meri.

“I don’t know how she does it,” says Christine. As for Meri’s non-intimate marriage to Kody, Christine seems baffled. “I guess she’s more fine with it than I am,” she admits.

Viewers who have watched Sister Wives over the past few years and followed the news about the cast may remember the catfishing scandal. In 2015, Meri confessed that she had begun an online relationship with a person who turned out to be female rather than male. As a result, Kody and Meri went into therapy.

But now, years later, Kody hints about feeling that their ability to become intimate has become damaged so much that he no longer feels safe with Meri. “You’re telling me that you don’t feel safe with Meri?” questions Krishnan. And the sneak peek reveals Kody’s shocking answer. “No, and I never will again. I will be her friend, I will do what I can to protect her. I will build a house for her out on Coyote pass, but I’m never going to feel safe in an intimate place.”

But in contrast, Meri seems to feel safe in her commitment to staying with Kody. And she doesn’t seem to totally rule out becoming intimate again. As a result, the Sister Wives host questions Kody about Meri’s decision.

“So Meri’s committed to staying with the family, she has a relationship with the larger family, the kids, Robyn … and a friendship with you. Is that going to be enough?” asks the Sister Wives host. In response, Kody seems doubtful. “I don’t think that’s enough for anybody,” says Kody. “But everybody makes their choices.”

Tell us what you think. Do you feel more shocked by Kody’s or Meri’s responses? And after you’ve shared your views, check back on our site for more Sister Wives news.