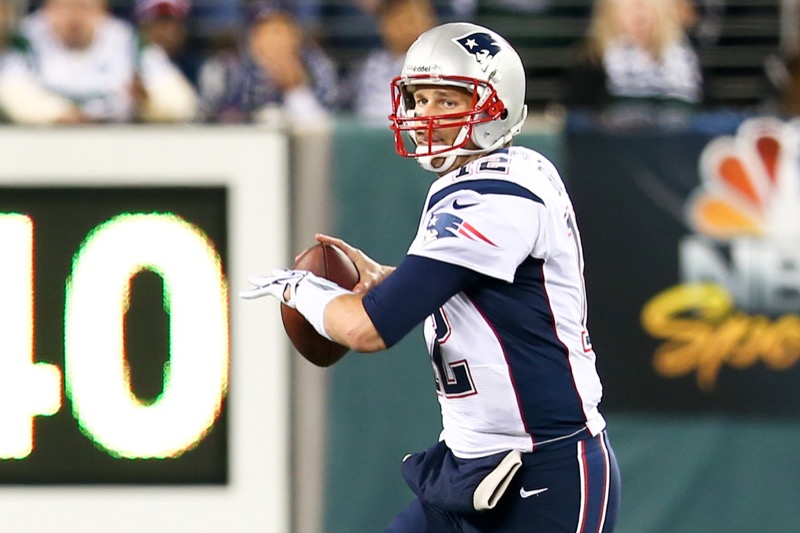 Last week, during the match between Tampa Bay Buccaneers and New Orleans Saints, at the second half of the game, Tom Brady who was every bit frustrated with his teammates took off his helmet, and smashed a Microsoft Surface Tablet on the floor thereby causing the cell phone to break. Tom’s outburst was every bit unexpected but his team finally won the match with a 2-0 score.

Taking to his Twitter on Monday, Tom offered a heartfelt apology via a video to his fans and equally made a joke about his outburst at the game by saying that he bet the picture of him smashing the cellphone would be used as a meme soon. In the video, Tom said, “Sorry for breaking that tablet. I think that’s going to be another Twitter meme or something like that,” then, speaking about his next move Tom said, “Flying home to Tampa. Get ready for next week. Green Bay coming to town, let’s go.”

After Tom uploaded the apology video, his fans took to the comment section to show their unwavering support to him, some said they respect him, others thanked him for all he does, some jokingly told him that they’ve already began using the picture as a meme.

Is Tom Brady And  His Wife Separated?

Tom’s outburst came two days after rumors that he’s been separated from his supermodel wife Gisele Bündchen for over a month made its way round the net. An insider close to the family revealed that for six good weeks Tom and Gisele have been living apart from each other. The insider said that “Gisele is busy with her own life now, and has spent time away from Tom in Miami and New York.”

And the quarrell has something to do with Gisele not being in support of Tom’s unretirement from football. Tom announced that he would be retiring from football on February 1 this year, 40 days later which is nearly two months after the announcement, Tom took to his Twitter to explain to he would be lacing up his boots again for he finds it difficult to stay away from playing.

“These past two months I’ve realized my place is still on the field and not in the stands. That time will come. But it’s not now. I love my teammates, and I love my supportive family. They make it all possible. I’m coming back for my 23rd season in Tampa. Unfinished business LFG.” Tom’s decision to return to the field is not what his wife wants hence the alleged separation.

Last month, while speaking with Elle Magazine, Gisele revealed that she’s not entirely in support of her husband’s return to the NFL because “This is a very violent sport, and I have my children and I would like him to be more present,” Gisele’s point of view can be understood because she’s speaking from the place of a wife and, Tom is not just her husband but also a father to their two children Benjamin, 12, and Vivian, 10. Continuing, Gisele said “I have definitely had those conversations with him over and over again. But ultimately, I feel that everybody has to make a decision that works for [them]. He needs to follow his joy, too.”

During Tom’s return to football, and during Bucs’ first game on September 12, Tom’s wife who always avails herself in person to show her support to her husband was noticeably absent, it felt somehow, even though she took to Twitter to show her support “Let’s go @TomBrady ! Let’s go Bucs !” it still wasn’t enough. A team member revealed that Gisele’s absence was somehow but, “We’re just not talking to [Tom] about Gisele. It’s not a topic anyone wants to bring up to him.”

Be sure to catch up on everything happening with Tom Brady right now. Come back here often for all the Tom Brady’s spoilers, news, and updates.