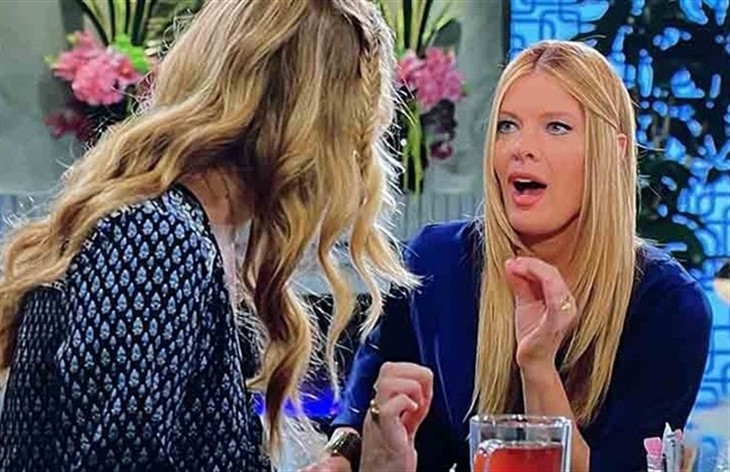 The Young and the Restless (Y&R) spoilers for Friday, May 27, 2022, reveal Phyllis turning to her greatest ally in life to get what she wants. There’s nothing like a mother-daughter team to get things going.

The Young And The Restless Spoilers – Will This Plan Backfire?

When Phyllis Summers (Michelle Stafford) hates someone she really hates someone and rarely does she give up. She also seems to have passed that trait onto her daughter, Summer Newman Abbott (Allison Lanier), who decided she hated Sally Spectra (Courtney Hope) so Sally had to be exposed for who she was, in Summer’s mind.

Now, it’s Diane Jenkins (Susan Walters) they both want out of their lives. Well, Phyllis wants Diane out of Jack Abbott’s life and Summer wants Diane out of Kyle Abbott’s (Michael Mealor) life, so they may as well team up to make this happen. What will their plan entail and will they be caught? While these two women can be quite conniving, they can also be quite bumbling and this is Diane we are dealing with here.

Meanwhile, Jack knows he has to do something to protect Kyle’s best interests, which probably means protecting him from Diane and the havoc she seems to wreak everywhere she goes. Does he think Diane wants Kyle’s money as she seems to have plenty of money herself or does she worry that Diane is going to hurt Kyle emotionally as bad as she did when he was a child and it turned out she faked her own death.

It’s been a bad year for Chelsea Lawson (Melissa Claire Egan). First, she realized that she had feeling for Rey Rosales (Jordi Vilasuso) and then Rey died while trying to take her and Connor Newman (Judah Mackey) to a hockey game.

Even her career isn’t going right. She doesn’t work for Adam Newman (Mark Grossman) anymore and she really tried to get something going with Summer, but apparently, it’s not working out because spoilers say that Chelsea suffers a setback. And it looks like it’s going to be of both the personal and professional nature. Stay tuned to The Young and the Restless weekdays to see how these stories play out.