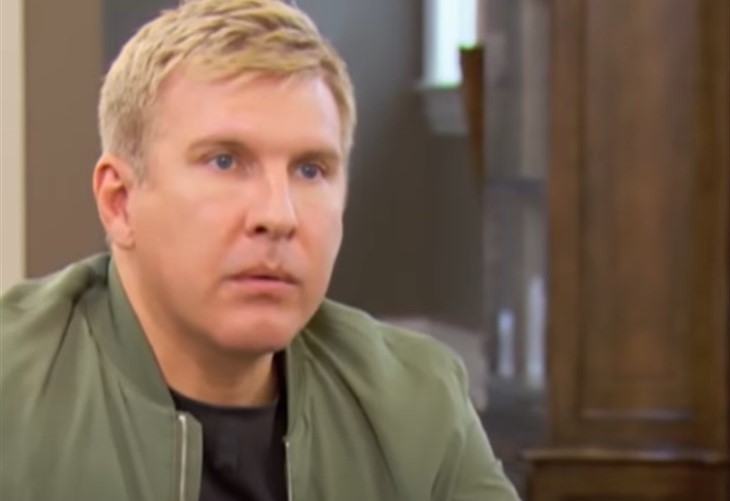 Chrisley Knows Best fans probably are not surprised to hear the allegation that he and his business partner, Mark Braddock were allegedly gay lovers. Actually, for many years now, the subject cropped up on social media. Well, it’s not a crime to be gay. However, for someone who claims to be a Christian, cheating on his wife might not be greeted with approval. Bear in mind, that the affair apparently happened back in 2000, and Todd and Julie married before that allegedly happened.

Julie and Todd started their federal tax trial when jury selection took place on May 16. Actually, it’s not widely followed, perhaps because of the monkeypox outbreak and the sentencing of Josh Duggar, In fact, until now, very little emerged about it. But now, interest rises because of allegations by Mark Braddock that he and Todd engaged in a gay affair. The couple stands accused of wire fraud and one count of obstruction of justice.

In case you didn’t know or already guess, Mark Braddock, the former business partner of the Chrisley Knows Best star is testifying and he was granted immunity from being prosecuted himself. Well, there’s always a possibility that he could say almost anything to get himself off the hook. Bear in mind, that Mark alleged that he drew money from the bank for Todd to pay off a blackmailer. Perhaps that explains why Todd’s estranged daughter Lindsie did a turn-around and came out in support of her father.

In the past, Todd laughed at allegations that he might be gay. Well, even if he is, potentially, his wife Julie knows about it. In 2017, he told the Domenick Nati Show in 2017 “I’m flattered that people think I can get laid on both ends. So, that doesn’t bother me” Additionally, he said, “my wife certainly is flattered that as many men want her husband as there are women.” Well, now that the allegations seem to indicate more to the rumors, Without A Crystal Ball posted up about it on Instagram.

Chrisley Knows Best fans reacted without much surprise to the gay affair allegations. Actually, it might not be as big a story as his detractors hoped. After all, Julie probably expected the allegations to emerge. The fact that the couple managed to survive this long as a married couple tells a story itself. And, even if Todd did have a gay affair 20 years ago, it’s not likely to rock the world as much as it would have back then.

People who follow the trial of the Chrisley Knows Best stars spoke up in the comments section of the Instagram post. One of them said, “Im not totally shocked..😂” Then another one asked, “Like, is anyone surprised?!!” Others concurred, and one comment read, “Did anyone ever seriously believe that Todd Chrisley WASN’T gay?”

A few people slammed Todd for cheating if that actually happened. One comment that arrived read: “I am not against being gay, not at all. I am against being married and having an affair, all while pretending to be gay. This whole thing [and] another trainwreck from hell.”

Be sure to catch up on everything happening with Todd right now. Come back here often for more Chrisley Knows Best spoilers, news, and updates.