Days Of Our Lives (DOOL) Spoilers: Sarah’s Back In Salem, Mass Confusion Ensue 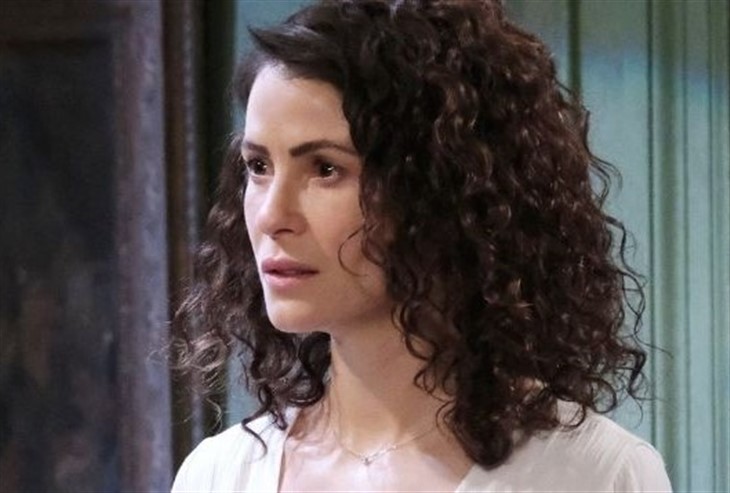 Days of Our Lives (DOOL) spoilers for Friday, March 4, 2022, reveal Salem is both shocked and thrilled that the real Sarah Horton is back in town. Or at least that’s what it seems. Boy does she have a tale to tell and it has nothing to do with Sarah at all.

Days of Our Lives Spoilers – What Will Tony And Anna Do DiMera?

It’s time to revisit the brief Tony/Anna/Renee triangle from 1983. Tony DiMera (Thaao Penghlis) fell in love with Renee Dumonde (Philece Sampler). Then they learned they were brother and sister. Then they learned they were not brother and sister, but she had already married David Banning (Greg Marx). Then, Tony married Anna Fredericks Brady (Leann Hunley), and Renee tried to kill her once her marriage was over. Then, Renee was killed by Andre DiMera after sleeping with Tony.

And now we are in 2022 and Anna and Tony are married just like they were nearly 40 years ago and Renee is still amazingly dead. Except Sarah (Linsey Godfrey) thinks she is Renee and this is a problem. Tony and Anna agree they need to solve this problem, but they do not agree on how to do it.

As far as Xander Kiriakis (Paul Telfer) knows, he saw Sarah again weeks ago and she dumped him again so it was time to move on. Now he is engaged to Gwen Rizchech (Emily O’Brien) and thinks all’s right with his world. That is until he sees Sarah in Horton Square just sitting on a bench waiting for the love of her life, and that is not him. Because she doesn’t think she is Sarah. And her hair is much longer than it was a few weeks ago. Wow.

He will soon begin to realize that he did not see Sarah at all and that this is the real Sarah and something is very, very wrong. When Gwen sees the real Sarah, her reaction shocks Xander and he wants answers. How was he tricked and who is the person that tricked him? And how does he get Sarah to remember who she really is? Stay tuned to Days of Our Lives weekdays to see how these stories play out.

The Bold And The Beautiful (B&B) Spoilers: The Spencer Men Are Back