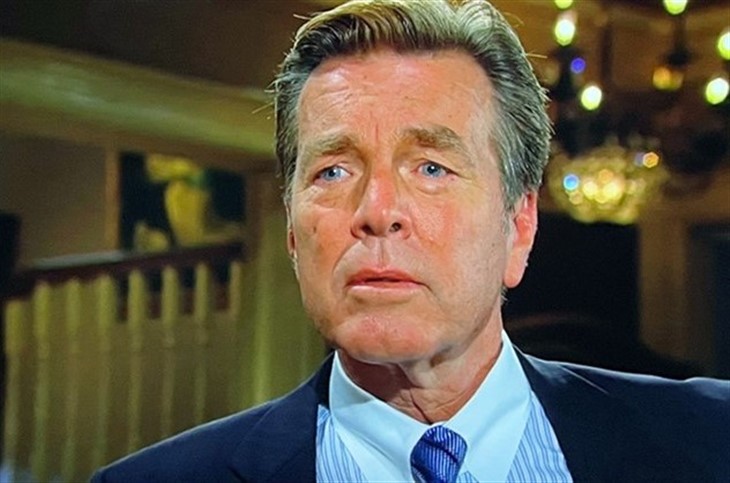 Longtime viewers of The Young and The Restless and its sister soap, The Bold and The Beautiful, know that Jabot’ and Forrester Creations’ business dealings go back many years to when Ashley Abbott (Eileen Davidson) worked for Forrester.

Jack was asked to develop a perfume to go with the Brooke’s Bedroom line as well which was a boudoir line by Forrester Creations; Lauren Fenmore Baldwin (Tracey E. Bregman) has business dealings with them as well. Viewers of The Young and The Restless want to know how some random person who may be related to Jack got his personal cell phone number; could this person have some connections at Forrester Creations? If so, who would have given it to them without giving Jack a heads-up first about this person wanting his number unless it’s someone known and trusted by those at Forrester?

Viewers of The Young and The Restless know that there is one current connection between Jack and Los Angeles, and that is Sally Spectra (Courtney Hope); she worked for Forrester Creations during a rough patch in her life when she made a fool of herself over a man. Victor Newman (Eric Braeden) made a comment about the fiasco recently in an episode of The Young and The Restless when mentioning Sally.

Sally had been in love with Wyatt Spencer (Darin Brooks) who worked for Spencer Publications and had been engaged; he had dumped her and gone back to a childhood sweetheart who he still hasn’t married. Poor Sally was so hurt she couldn’t handle it and faked a terminal illness to keep his attention; during that time Ridge Forrester (Thorsten Kaye) and Katie Logan (Heather Tom) had kept up her design work she “couldn’t” finish due to tremors. If this person texting Jack knows Sally, and they know each other well, Sally may have given the person his number – Sally steers clear from Jack these days.

The Young And The Restless Spoilers – Could Li Finnegan Be Related To Luan Volien Abbott?

Viewers of The Young and The Restless and The Bold and The Beautiful know there could be a slight possibility that Dr. John “Finn” Finnegan’s (Tanner Novlan) adoptive mother Li Finnegan (Naomi Matsuda) could be related to Jack’s late wife Luan Volien Abbott (Elizabeth Sung). Finn is married to Steffy Forrester Finnegan (Jacqueline Macinnes Wood) and if Li is related to Luan and Keemo Volien Abbott (Philip Moon) that would have been a reason for someone at Forrester Creations to have given the texter Jack’s personal number without question.

Viewers of The Young and The Restless know the working theory is that the texter is related to Keemo and Luan, and possibly Jack’s granddaughter although it could also be a grandson. Since there is no such thing as directory assistance for cell phone numbers, and barely for landlines any more, that leaves either paying a personal detective to find Jack’s personal cell phone number or someone in common such as Sally or maybe Li!