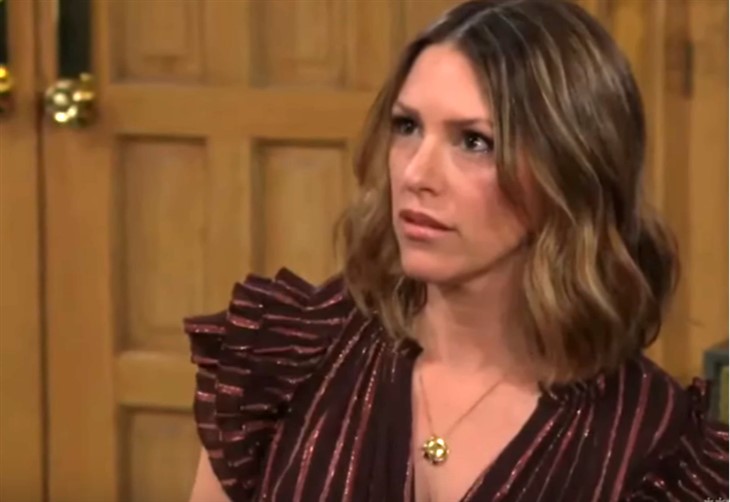 The Young and the Restless spoilers reveal Chloe finally breaking free of Chelsea, an old and good friend who has just not been listening to her advice.

The Young And The Restless Spoilers – Friendship On The Rocks

Chelsea Lawson (Melissa Claire Egan) and Chloe Mitchell Fisher (Elizabeth Hendrickson) have been going at it for a while now, not agreeing on anything on both personal and professional levels. In fact, Chloe is still smarting from Chelsea convincing her to poison Rey Rosales (Jordi Vilasuso) last year, although Chloe didn’t realize what Chelsea had her doing.

Still, when Chelsea returned from her time with her mouth, Chloe decided to see if their friendship could work again and if they could become professional designing partners again, but with Chelsea now spiraling out of control now that Rey is really dead, things are not working out the way Chloe had hoped.

In fact, she tries to insist that Chelsea get the mental health help she needs but Chelsea says she is fine and refuses to do anything that Chloe suggests, so Chloe has just about had it with her friend and has to look out for number one. She was willing to do anything for Chelsea at one time, but not anymore.

“Chloe was even willing to work for Adam, the person she hates more than most in this world so that when her best friend came back to town, she’d have a place to work,” Elizabeth Hendrickson said in the July 12, 2022, issue of Soap Opera Digest.

Enter Sally Spectra (Courtney Hope) on the Young and the Restless. She is now CEO of Newman Media and they have a fashion division. And, she really would like Chloe to work for her.

“Unlike Chelsea, Chloe thinks that Sally is genuine and Chloe has seen the better side of Sally that few have seen,” Hendrickson said. “Chloe gave Sally the benefit of the doubt because people should get second chances. Chloe is impressed that this woman said that she was going to go for it and she climbed her way to the top. Chloe not only respects that but she’s inspired by it.”

So, it looks like there is going to be a new friendship and business alliance. The question is, how will Chelsea take the news? Stay tuned to The Young and the Restless weekdays to find out.