Y&R Spoilers: Chelsea And Chloe Clash — How Bad Will It Get? 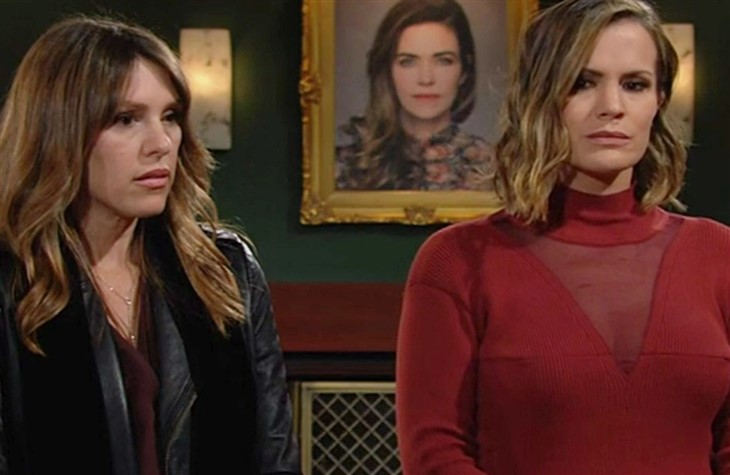 The Young and the Restless (Y&R) spoilers for Tuesday, June 21, 2022, reveal Chelsea and Chloe once again have a big disagreement. This friendship seems to find itself on shakier ice each time they see one another.

The Young And The Restless Spoilers – Not BFFs Forever?

It was only last year when Chelsea Lawson (Melissa Claire Egan) managed to convince brand-new mom and newlywed Chloe Mitchell Fisher (Elizabeth Hendrickson) that she should help her get back at Sharon Rosales (Sharon Case) by hurting Rey Rosales (Jordi Vilasuso). Of course, Chloe had no idea what Chelsea had her doing was actually poisoning Rey and nobody yet knows that Chloe was Chelsea’s accomplice.

Even months later, Chloe got sick of Chelsea’s schemes because she just wanted to live a normal and stress-free life and told her so. She also just wanted to work and build a fashion name for themselves. Now, the two women are about to have another big difference of opinion on Tuesday and it could spell the end of their friendship.

Summer Newman Abbott (Allison Lanier) and Kyle Abbott (Michael Mealor) are thrilled to be back in Genoa City and found a way to stay. It’s all about fashion just like it is for Chloe and Chelsea except they are about to buy themselves a major fashion house and bring a little taste of Italy back to Wisconsin.

Jack is going along with their idea and everything seems to be coming up roses, but sometimes there are things in life that are way too good to be true? But is there about to be a hitch in their big plans?

The Young And The Restless –  Phyllis Summers Is Back

While Summer is ecstatic about her career going right, she also has to deal with her mother, who makes her way back from her little visit with Daniel Romalotti and decides she is going to turn over a new leaf when it comes to Diane Jenkins (Susan Walters), but is that all an act or does Phyllis mean what she says — to Summer at least?

Heck, Summer is the only one who will see her at first and we have to wonder if it is Summer who gave her mother that big, giant hat and sunglass get-up she will be wearing? Stay tuned to The Young and the Restless weekdays to see how these stories play out.

Days Of Our Lives Spoilers: Abe And Paulina Finally Say ‘I Do’