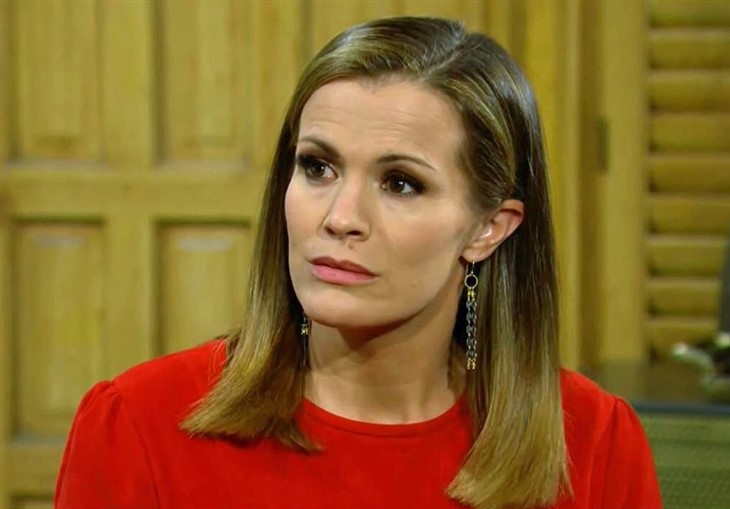 The Young and the Restless spoilers reveal Chelsea Lawson deciding she made a big mistake in her life several years ago and she wants to rectify it.

The Young And The Restless Spoilers – More Trouble For Victoria Newman

As far as Victoria Newman (Amelia Heinle) is concerned, she is Johnny Abbott’s mother as she legally adopted him and has been raising him since birth. That was the agreement that Billy Abbott (Jason Thompson) and Victoria worked out with Chelsea Lawson (Melissa Claire Egan) and it has worked until now. Why rock the boat? Victoria might want to ask Chelsea that.

Chelsea has already broached the subject of letting Johnny know that Chelsea is his bio mom with Billy, but he does not quite know what to say, so she shows up at Victoria’s office and talks to her instead. The Young and the Restless spoilers reveal Chelsea tries to make some casual conversation at first, but Victoria knows something is up and asks Chelsea point-blank to spill it.

When Chelsea just comes right out and tells Victoria that she wants Johnny to know the truth and Connor to know he has a brother, Victoria can’t believe her ears. She has enough going on with the Ashland Locke (Robert Newman) cover-up. After all, the man died right in her living room after Nick Newman (Joshua Morrow) punched him. Does he need Chelsea as a problem now too?

When Victoria immediately shuts down Chelsea’s request, Chelsea decides to let things go for the moment, but she is not quite finished. She wants Johnny to be a part of Connor’s life and that’s that.

“Victoria is being a little standoffish so Chelsea suggests she table this for another day,” Melissa Claire Egan said in the August 23, 2022, issue of Soap Opera Digest. “She doesn’t think it will be healthy to wait too much longer because the boys could think that the reason they never knew until now is because they’re part of a bad secret.”

Egan also admits that Chelsea won’t wait long to get what she wants. “Chelsea tells Victoria they can wait for now, but everyone knows my character doesn’t have a great track record with patience.”

Stay tuned to The Young and the Restless weekdays to see how this story plays out.