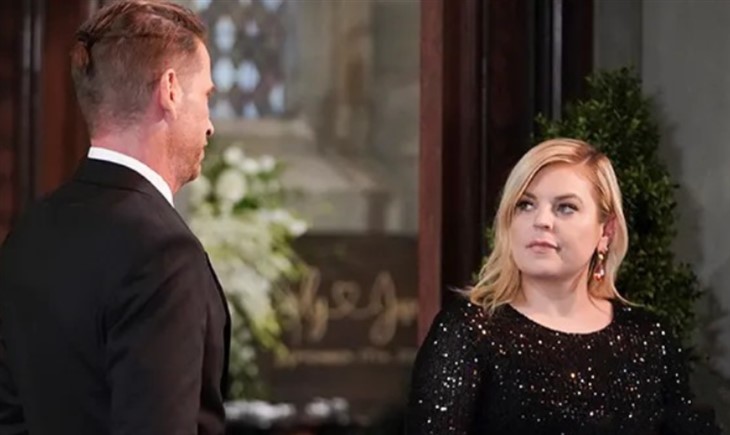 General Hospital spoilers say that while there’s no doubt that Maxie Jones has seen her fair share of ups and downs and especially when it comes to her romantic life, some people think that she should stop, drop and roll Austin out of her life. Here’s what you need to know!

General Hospital Spoilers – Should Maxie Jones Be With Austin Holt

According to the latest General Hospital spoilers: Austin has the perfect plan to help build a better relationship with Maxie’s kids. But if there’s anything that we’ve learned about life in Port Charles, it’s that nothing comes that easy. That said though, some fans believe that Austin barely has a relationship with Maxie to even think about pursuing one with her children!

Some comments from fans have included, “Move this storyline along already … it’s boring and I’m this close to fast forward through any of their scenes. There’s never been a more mismatched pair,” along with, “Austin is not working with Maxie. Develop his character and move him on to Ava…for your sake, Austin’s, Maxie’s and the entire viewing audience. Please, please get to the point with Austin. Roger is far too excellent an actor to be stuck without something deeper to play. Please let next time show us what’s going on with “her” (the boss, his mother?) and make sense of this.”

Another fan wrote, “Can someone tell Maxie it’s ok to change that top she has been wearing like forever!!! time for this Austin character to be on hiatus!! this is the worst match in history!! either bring back her Nathan, or she should be single for a long while!! there is no storyline here!”

In other words, it sounds like fans are sure worried that Maxie might be making yet another huge mistake with Austin. Here’s hoping that the writers of the show are hearing the fans loud and clear and hopefully pair her up with someone else, right? Of course, General Hospital fans will have to tune in to find out what will happen next!

Let us know what you think by leaving us a line with your thoughts in our comments section below. General Hospital airs weekdays on the ABC network. Check your local listings for times.