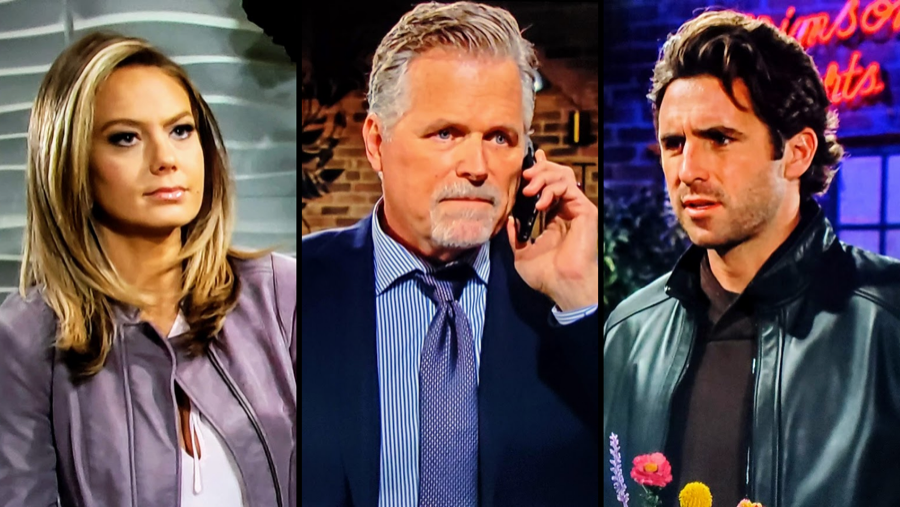 The Young and the Restless spoilers for the week of May 23 reveal there are three must-see moments. Next week, Chance Chancellor (Conner Floyd) gets nervous about Abby Newman-Abbott-Chancellor’s (Melissa Ordway) bond with another man. Ashland Locke (Robert Newman) and Diane Jenkins (Susan Walters) connect. Plus, two women get slap-happy!

Y&R spoilers for the week of May 23 reveal that Abby will bond with Devon Hamilton (Bryton James). The two have been good friends for a long time. However, the issues regarding Dominic Newman-Abbott-Winters-Chancellor (River and Rainn Ware) caused friction in their friendship.

Things seem to be going well for Abby, Devon, and Chance these days, though. However, Chance will begin to struggle again. This time, Chance seems to be concerned about Abby and Devon getting closer. Is Chance making too much of Devon and Abby’s bond, or is there a reason for him to be worried?

One must-see moment next week has to do with Ashland. Despite everyone trying to run him out of town, Ashland doesn’t plan on going anywhere without Victoria Newman (Amelia Heinle). Even though Victoria says she is done with Ashland, the “Locke-ness Monster” seems fixated on the idea of getting her back.

During the week of May 23, Ashland will be reeling over Kyle Abbott (Michael Mealor) and Summer Newman-Abbott’s (Allison Lanier) decision. After learning about the cancer lie, “Skyle” forbid Ashland from spending any time with Harrison Locke (Kellen Enriquez). However, Ashland might have a plan when he connects with Diane.

The Young and the Restless spoilers reveal that another must-see moment next week has to do with Diane and Nikki Newman (Melody Thomas Scott). Nikki accuses Diane of just wanting Kyle’s forgiveness so she can get access to the Abbott money.

Diane slaps her enemy, which of course, leads Nikki to slap her right back! It is teased that Victoria will break up the fight. While the slap-happy battle is over, the war is just beginning.

The Young And The Restless Spoilers – Victor Newman’s Ammo

Victor Newman (Eric Braeden) will no doubt hear about Diane getting violent with Nikki. While Victor warns Diane once again, the Newman family patriarch will get ammunition on another enemy.

Will Victor use Harrison to force Ashland’s hand? If Ashland and Diane join forces, what does this mean for the recently resurrected soap villain?

Which storyline are you looking forward to seeing the most during the week of May 23? What are your theories on what is coming up? Share your thoughts and remember to keep watching the CBS soap to see what happens next.