The Young And The Restless Spoilers: 3 Must-See Moments This Week 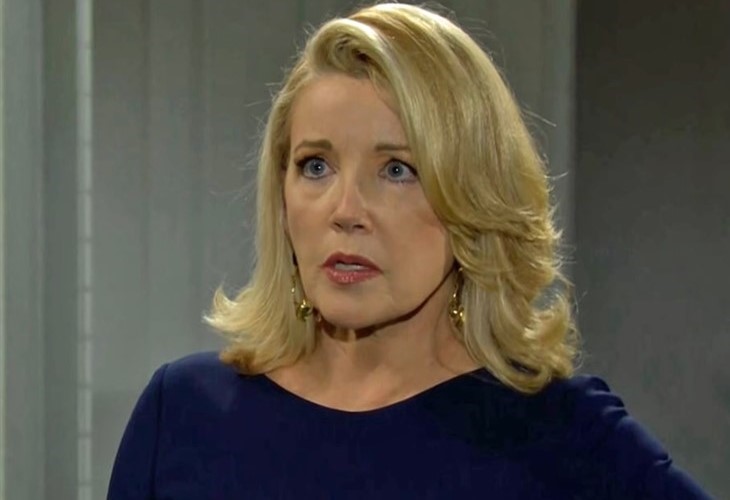 The Young And The Restless Spoilers – Nikki Newman’s Rage

Y&R spoilers reveal that one must-see moment features Nikki and Michael. Nikki is determined to force Diane out of Genoa City. Nikki and Victor Newman (Eric Braeden) haven’t been able to make this happen yet. So, Nikki decides to enlist Michael’s help with a new plan. However, she is furious when Michael doesn’t want to take part in her plan.

Nikki will explode at Michael for his betrayal. Michael tries to explain his side of not going after Diane. Michael thinks that everyone should just give Diane a chance to prove herself. However, Nikki completely disagrees.

While Nikki tries to get rid of Diane, Summer Newman-Abbott (Allison Lanier) will take a different approach. Summer is worried about Phyllis and knows the situation with Diane is volatile. However, Summer also knows how much Kyle Abbott (Michael Mealor) wants a relationship with his mother.

Summer talks to Amanda Sinclair (Mishael Morgan) and Lauren Fenmore Baldwin (Tracey E. Bregman) about keeping the peace. While Amanda listens, Lauren informs Summer that her plan to keep the peace is hopeless.

The Young And The Restless Spoilers – Nate Hastings’ Confrontation

The Young and the Restless spoilers for the week of June 20 reveal that Nate will have mixed feelings about his bold announcement at the Chancellor-Winters launch party. Nate is glad that he created so much buzz. Nate will also be pleased that Lily Winters (Christel Khalil) is impressed by his move. However, Nate also knows that Devon Hamilton (Bryton James) isn’t happy about it.

Expect Imani to run into Nate at the coffee shop. Nate asks Imani if she’s following him. Imani admits that she did follow him but explains why. Nate isn’t sure about Imani’s motivations, but she is unapologetic. It seems that despite Nate’s better judgment, he will get distracted by Imani.

Fans can also expect Phyllis to return. When Phyllis comes back to Genoa City, she will make an unexpected move. Phyllis will suggest a truce with Diane. From the weekly preview, it seems that Diane is happy about Phyllis’ change of heart. However, Phyllis could be planning on using that truce to her advantage.

Which storyline are you looking forward to seeing the most during the week of June 20? What are your predictions for Phyllis, Diane, Summer, and Kyle? What does the future hold for Nate, Imani, Amanda, Devon, and Elena Dawson (Brytni Sarpy)? Share your thoughts and remember to keep watching the CBS soap to see what happens next.

Have 90 Day Fiancé Stars Emily & Kobe Had Another Baby?