Y&R Spoilers: Nikki Has A Job For Michael 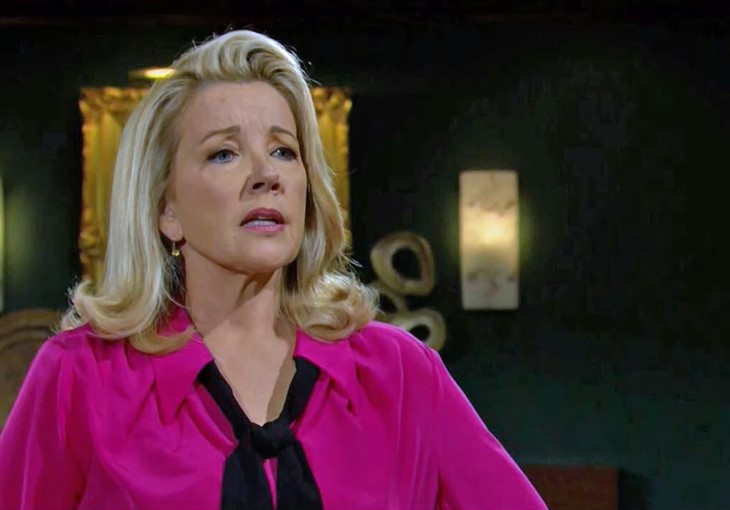 The Young and the Restless (Y&R) spoilers for Monday, June 20, 2022, reveal Nikki doing what Victor does best — convincing Michael to do something he really doesn’t want to do.

The Young And The Restless Spoilers – Will Michael Baldwin Agree?

Lauren Fenmore (Tracey E. Bregman) really thought her husband was going to retire when he said he was going to retire, but that never happened. Instead, he started doing Victor Newman’s (Eric Braeden) bidding and nearly got himself killed in Peru. Now, Nikki Newman (Melody Thomas Scott) comes to Michael Baldwin (Christian J. LeBlanc) with an offer because she really needs his help.

Since Nikki has other concerns about Ashland Locke at the moment, namely Diane Jenkins (Susan Walters), does she want Michael to dig up something on her that might have happened during the time everyone thought she was dead? Would Michael even do it considering he is practically friends with Diane? Would Lauren even want him to take this job anyway?

While the party to launch Chancellor-Winters was a success and Billy Abbott (Jason Thompson) was thrilled to have his mom, Jill Abbott (Jess Walton), there, it doesn’t mean all is great between Billy and Jill. She knows how irresponsible her son can be and how many times he has messed up in life, but she wants to be supportive. That just seems to be getting harder and harder with each new move Billy makes. What do mother and son clash about this time around?

It couldn’t be Billy’s absolutely awful tale-of-woe podcast and the idea to do more just like that, could it? Jill might not think that is such a great business move no matter what the others think and who can blame her?

Elena Dawson (Brytni Sarpy) was tired again and managed to sleep through the launch party, which was quite a success for her boyfriend. And Imani Benedict (Leigh-Anne Rose) enjoys letting Nate Hastings (Sean Dominic) know just how successful the night was as she heaps on the praise. Nate even finds her to be quite distracting, but he is loyal to Elena, right?

After all, his romp on an exam room table with the woman is what led to the ruination of his surgical career, so you’d think he’d make sure that was worth it. Stay tuned to The Young and the Restless weekdays to see how these stories play out.

Days Of Our Lives Spoilers: Sarah Goes On The Warpath