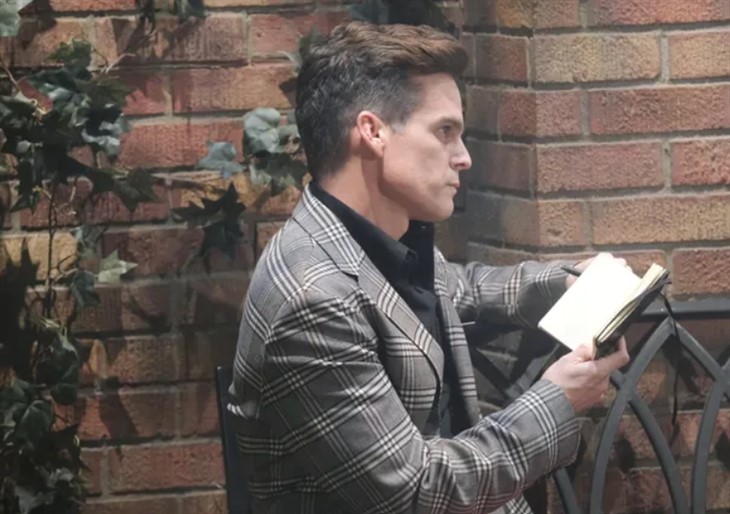 Days of Our Lives spoilers reveal that Leo Stark (Greg Rikaart) was visibly shaken after Abigail DiMera’s (Marci Miller) murder. However, Leo won’t be able to move past getting revenge on the rest of his enemies. Leo has a tense encounter with Brady Black (Eric Martsolf) and Chloe Lane (Nadia Bjorlin). Could Leo and Kristen join forces to punish the fan-favorite couple?

DOOL spoilers reveal that Leo was all set to marry Craig Wesley (Kevin Spirtas). However, nobody was on board with the relationship. Leo has quite a reputation, even in Salem. Everyone knows about Leo’s devious schemes and were convinced marrying Craig was another con.

Right at the last minute, Leo was exposed, and he lost Craig forever. Ever since, Leo has vowed to punish everyone who interfered in his relationship.

After Chad DiMera (Billy Flynn) found Abigail’s body, a shot of Leo was shown to viewers. Leo was outside clutching a cloth with valuables hidden inside. Leo might have stolen the items out of Abigail’s box in the bedroom. However, he probably didn’t murder her.

In fact, Leo was pretty shaky, indicating that he was shocked by what he saw. Leo might not have just seen Abigail’s bloody body but the person who did it.

Days of Our Lives spoilers reveal that Kristen DiMera’s (Stacy Haiduk) return has been teased for quite a while. It was hinted by a few actors during a fan event that Brady and Chloe will get together but have to survive Kristen first. Kristen was seen recently but only on a video call during the DiMera shareholder’s meeting.

Then, there are rumors that a villain is secretly lurking in Salem. Could that villain be Kristen? If so, Leo and Kristen might form a dangerous alliance.

If Leo joins forces with Kristen, it will be to get revenge on Brady and Chloe. Kristen wouldn’t think twice about having Chloe killed. However, Leo is a con artist and a vengeful manipulator, not a killer.

This could actually open up the door to a redemption story for Leo if Kristen goes too far. Going a step further, all of the signs point to a hallucinating Sarah Horton (Linsey Godfrey) killing Abigail. Sarah also attacks Nicole Walker (Arianne Zucker) and tries to stab Chanel Dupree (Raven Bowens). Kristen could be the driving force in this, though.

Kristen might have snuck into the Kiriakis mansion to drug Sarah’s favorite bottled water. Kristen might have even switched Sarah’s anti-psychotic pills with the hallucinogen. Then, she could have planted “suggestions” in Sarah’s mind knowing she would act on them in her drugged state.

What if Kristen plans on using Sarah to target Chloe and needs Leo’s help? It just might be enough for him to stop the madness and get redemption in one shot.

The Young And The Restless Spoilers: 3 Must-See Moments This Week