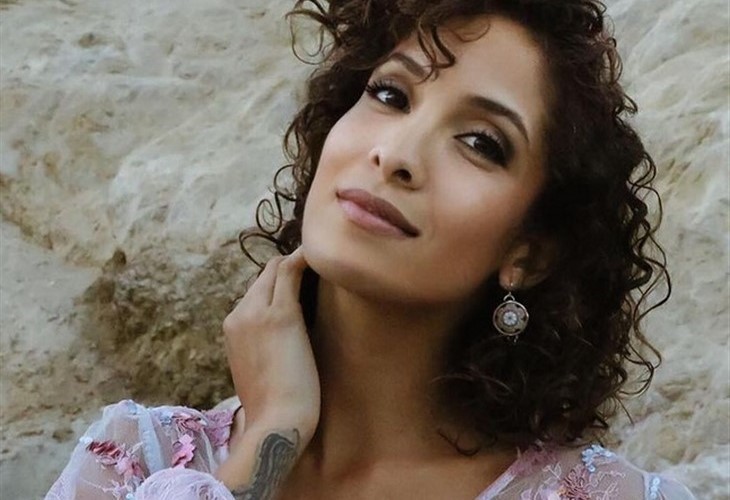 The Young and the Restless spoilers reveal that Christel Khalil announced her engagement earlier this week. However, it turns out that Sam Restagno proposed three months ago. So, why did the Y&R star wait so long before posting about it on social media? In an Instagram post, Khalil addressed only posting highlights of her life. Keep reading to learn her words of wisdom.

The Young And The Restless  – Engagement Announcement

Y&R spoilers reveal that Khalil, who plays Lily Winters on the CBS soap, announced she is engaged. A beautiful photo was shared of her happily in her fiancé’s arms. The two either just shared a smooch or were about to. Of course, both Khalil and Restagno appear to be totally in love and thrilled about the new chapter in their lives.

However, in that same post, Khalil mentioned that she said yes to Restagno’s marriage proposal three months ago. The actress added that they hate taking pictures, so their friends finally made them! Khalil thanked the photographer for the heartwarming picture as well as Restagno. The actress explained that she couldn’t be happier to be his partner in life. Khalil also clarified that dressing in matching sweaters was a complete coincidence.

The Young And The Restless  – Getting Married Just A Highlight

The Young and the Restless spoilers reveal that fans are curious why Khalil waited three months before announcing the news. Usually, people share their engagement news right away. It turns out that Khalil has a particularly good reason for doing this.

It’s because she is living life and taking in each experience, both good and bad. Khalil’s focus is on being in the present. Khalil’s explanation about only posting “highlights” of her life really makes people consider the reason they post on social media as well as the importance of actually soaking in life’s experiences.

“I have to be honest, I had to take a break from the gram because I was feeling overwhelmed with feeling like I always had to say something, post something, or ‘use my platform’ for specific reasons and it became everything I am not about. I found myself scrolling aimlessly, feeling badly about myself from seeing what other people were doing and everything I wasn’t doing. I think social media can be great in some ways and toxic in other ways depending on your perspective.”

“I know I’m not saying anything new here, but I have to remind myself that these are just highlights. This picture depicts an amazing highlight in my life with my man who is my everything and brings so much joy to my heart. But what it doesn’t show, are all the dark moments I also have experienced and have had to persevere through. So, here’s to posting a highlight, to remind myself that life is beautiful, impermanent, and shouldn’t be taken for granted.”