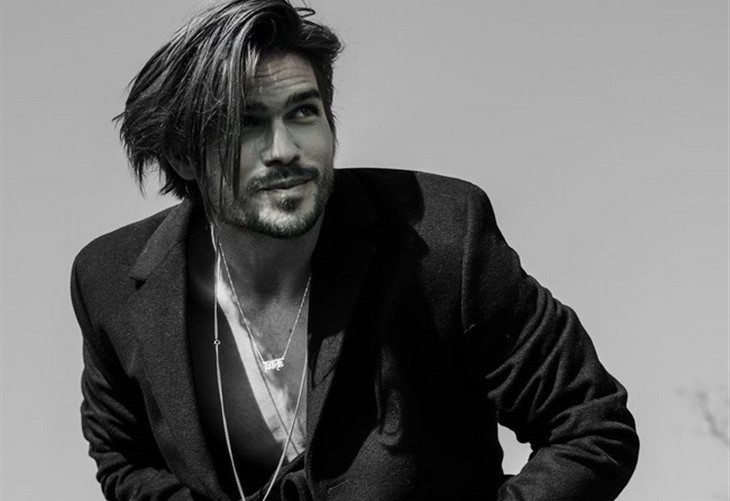 The Young and the Restless alum, Tyler Johnson is playing the lead in a new film set for release this coming August.

Johnson played Theo Vanderway on the CBS daytime drama. Fans loved his chemistry with Summer (then played by Hunter King, now being played by Allison Lanier) and Lola (Sasha Calle). They wanted him to stick around so bad but it just did not work out. Luckily, they will have something to look forward to.

Johnson since leaving Y&R nabbed the role of Logan in the series, Sons of Thunder. He also grabbed the lead role of Conrad Mumford in the movie, My Favorite Girlfriend, set for release on August 5, 2022.

The new romantic flick follows Conrad as he meets the girl(s) that’s just right. Molly (another lead role played by Bonnie Piesse) has multiple personalities including Vanessa, Sarah, Silk, and so on. In the new trailer released for the movie, Johnson seems to have given his all for this role. The trailer reveals Conrad working as a chef. He then meets a love interest and later explains his situation to some friends at a bar. Molly’s friends come to her defense as they warn Conrad about messing things up with her. Viewers see the different personalities of Molly in the trailer after she and Conrad wake up in bed together. While Molly has been hurt, Conrad makes it his mission to win her and all of her personalities over.

The synopsis states, “It’s complicated for new couple Conrad and Molly. He’s a handsome, aspiring chef who leads a perfectly structured life. She’s a cute, bubbly social media influencer prone to spontaneity. The attraction is immediate for the mismatched duo and everything is going great until Southern charmer “Vanessa” shows up. Followed by bad-ass rocker “Silk”, and more. The woman of Conrad’s dreams is actually several of them. Molly has multiple personalities which can switch in a heartbeat. Is he cheating on Molly if he has sex with “Silk?” And can he choose a favorite when he loves them all?”

Rounding out the cast are Ray Abruzzo, Michael Dibacco, Misty Rosas, Alex Mapa, Michael Nouri, and Keston John. It will be made available in select theaters on August 5, 2022, and on-demand and digital on August 9. The movie is written and directed by Amanda Raymond. Watch the trailer video below!