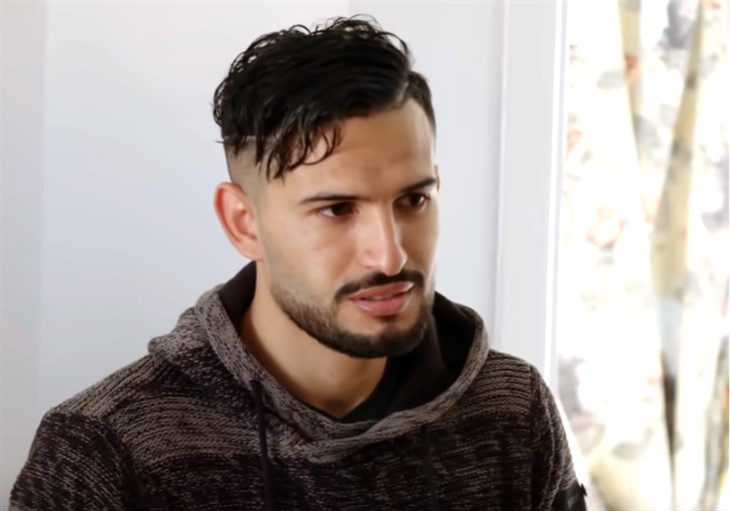 90 Day Fiancé spoilers, news, and updates tease that Hamza Moknii expressed his frustration on social media as he never got to see his daughter during Father’s Day.

Hamza Moknii debuted on the TLC show when he met his girlfriend, now ex-wife, Memphis Smith, on an international dating website. After eight months of online dating, Memphis made her way to Tunisia to finally meet the love of her life in person. Their romance was blossoming until they decided to get engaged and finally tied a knot at the end of “90 Day Fiancé: Before the 90 Days” Season 5.

In one of his recent Instagram stories, Hamza expressed his discouragement during Father’s Day as he was not able to spend time with his daughter, whom he shared with his estranged wife, Memphis. He wrote: “Today is Father’s Day. It would be the first Father’s Day with my daughter, we should be celebrating together. I don’t know when will I see her. Every day I miss her. Today should be special but all I can do is patiently wait to see her again.”

Meanwhile, Memphis Smith posted a message on Father’s Day on Instagram, saying: “People tend to forget that being a “father” goes being helping create a child. We all know too well that those acts do not make someone a “father.” Their ACTIONS do!” She ended her post by celebrating all the dads and father figures around the world and acknowledging the hard work and sacrifices they have done for their families.

In his joint post with the filmmaker, William Fairbanks, on social media, Hamza posed and smiled at the camera wearing a black shirt and a printed polo. The post was captioned: “Young king. #Hamza #TORPflicks” The stunned fans expressed their admiration for the TLC star in the comment section and congratulated him for doing his best to survive in a foreign country.