The Bold And The Beautiful Spoilers: Why Eric’s Affair Is Everything A Soap Needs 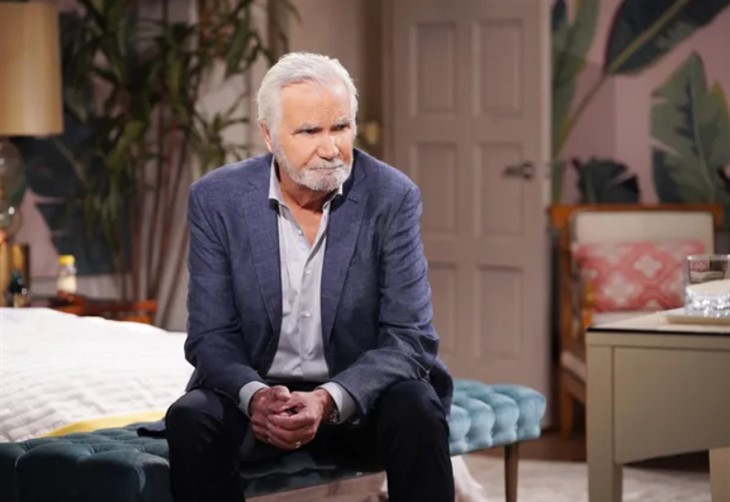 The Bold and the Beautiful spoilers reveal Eric and Donna continuing their affair despite the guilt thta Hope lays into them, but they are sure to be found out soon and then everything will become a hot, soapy mess.

The Bold And The Beautiful Spoilers – Eric Forrester Keeps Being Eric

If there’s anything we can say about Eric Forrester (John McCook), he stays in character. It doesn’t matter that he’s a great-grandfather, he’s still the same man that can’t stay faithful to a wife, nor can he stay away from a Logan woman.

Granted, Eric managed to stay faithful (as far as we know) to Quinn Fuller Forrester (Rena Sofer) for five years and it was Quinn who had an affair first. But the woman felt rejected and dejected by her husband, who refused to tell her he was having erectile dysfunction issues. He must have felt if Quinn could do it, so could he, once Donna Logan (Jennifer Gareis) showed him he could still…do it.

Yes, he feels guilt and yes, he tried to end things, but Eric and Donna just can’t seem to help themselves, which Hope Logan Spencer (Annika Noelle) will get an eyeful of this week.

B&B Spoilers – And The Hot Mess To Come

Let’s also not forget how clever it is that Quinn gave her husband a new ring that acts as a heart rate monitor for when he plays pickleball. Quinn already noticed some alarming spikes via her app and wonders how much strain Eric is putting on himself for his new sport, so she is going to eventually learn exactly what Hope knows and it will be war.

Poor Quinn turned down a lovelorn Carter Walton (Lawrence Saint-Victor) once again to stay loyal to Eric and Carter is going to marry Paris Buckingham (Diamond White) on the rebound. This means things will just get messier as Carter will likely have an affair with Quinn once she is free, while being unable to detangle himself from Paris because she has a crazy mother, Grace Buckingham (Cassandra Creech), who can ruin his life.

In the end, Donna will finally get her Honey Bear, but she and Paris will likely have to watch their backs for years to come when Quinn sets her sights on revenge. And who can blame her? Stay tuned to The Bold and the Beautiful weekdays to see how this story plays out.

The Young And The Restless Spoilers: Summer In Control – Kyle Balancing Family And Business Issues