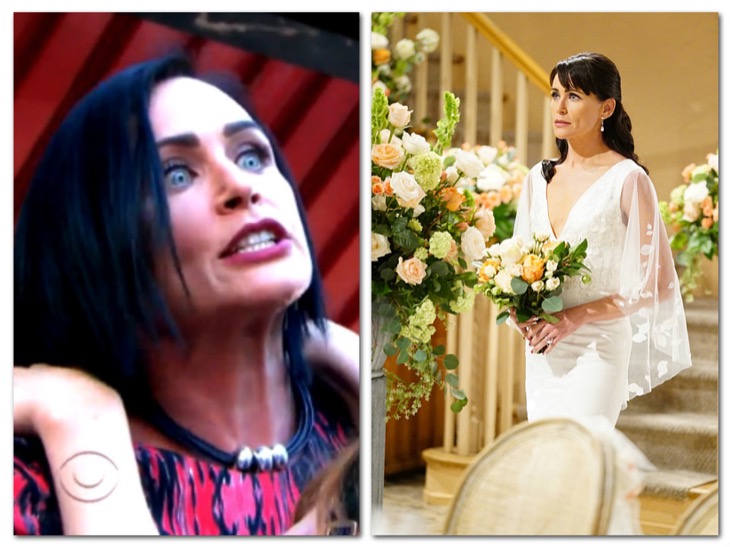 Quinn Fuller Forrester (Rena Sofer) is one of the most divisive characters ever to grace the fashionable world of, “The Bold and the Beautiful.” (B&B) The raven-haired beauty is a polarizing presence, a woman who inspires either love or hate, nothing in between!

Things we love about Quinn

First and foremost Quinn is a survivor. Way back when, selfish Dollar Bill (Don Diamont) didn’t want Quinn to go through with her pregnancy. Instead, she raised their son on her own, with little help or support. Against all odds she raised a stable, thoughtful, and responsible young man.

We love that Quinn succeeded in raising a kind, devoted son with a strong moral compass. It’s not easy to be a single parent. In fact, Wyatt (Darin Brooks) may be the best example of Quinn’s goodness.

Another thing we love about Quinn is her successful journey as a female entrepreneur. She started her jewelry business when Wyatt was young, and today it’s blossomed into a major player in the fashion industry. Kudos to Quinn for taking the initiative and making something from nothing!

Is it wrong to love Quinn because she wears sick jewelry, has killer cheekbones, and rocks cerulean-blue eyes? Just asking!

Things we hate about Quinn

We hate Quinn’s appetite for lashing out at anyone she feels disrespects her. Way too often she’s let wild, raw emotion provoke her into dangerous, illegal behavior.

Is there anyone at Forrester Fashions or Spencer Publications that Quinn hasn’t threatened, stalked, or kidnapped? Quinn’s anger issues led her to throw an innocent Ivy (Ashleigh Brewer) into a river and push Deacon (Sean Kanan) over a cliff. Her most demonic act involved kidnapping and then semi-brainwashing Liam (Scott Clifton).

Quinn is a complicated personality. She’s transformed herself from witch to winner, after falling in love with Eric (John McCook). Good luck Eric, there’s both a lot to love and a lot to hate with Quinn Fuller Forrester!