The Bold and the Beautiful Spoilers: Taylor and Ridge Need To See Steffy – Finn Will Survive 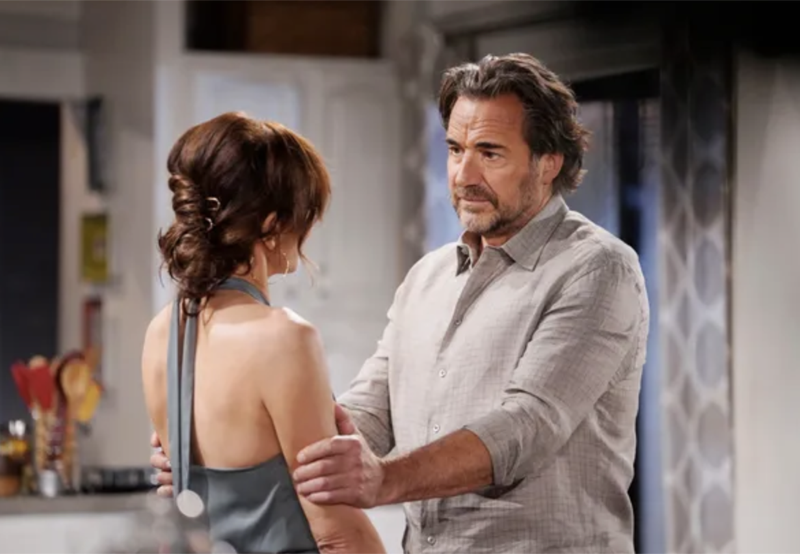 While Finn is waiting for an opportunity to escape his deranged birth mother, Sheila Carter (Kimberlin Brown), Steffy is suffering the effects of deepening grief. That is a surprising development, since she seemed okay during the recent video chat with her parents.

However, Steffy must have felt the need to seek mental health care while she is away in Europe with the kids. So, Taylor and Ridge will jet to see her. That leads to the mega reunion with Finn.

Steffy decided a while ago in soap time that she wanted to get away from Los Angeles, California. So, she took Kelly Spencer (Sophia Paras McKinlay) and Finn’s son, Hayes Forrester Finnegan (Samantha Worden and Piper Harriet), with her to Europe.

Taylor’s recent talk with Steffy’s grief counselor caused some concern. But the phone conversation with the mental health facility representative was more alarming.

Steffy felt the need to seek more structured help. Her nanny and the children are with her in what was described as a non-hospital setting. This news projects to Taylor and Ridge soon traveling to see Steffy.

Sheila is completely delusional and more dangerous than ever. Her recent tell to Mike Guthrie (Ken Hanes) reinforced how out of touch with reality B&B’s all-time leading villain is.

She told Mike that Finn would forget all that happened once she delivered on her promise to reunite him with Steffy. That came before Finn pressured Sheila to tell him exactly how he got from the Il Giardino alley, where she shot him and then Steffy, to that hospital bed in what is still an undefined location.

Bold And The Beautiful Spoilers – The Great Escape Is Coming?

As Finn told Sheila, she is not a doctor and has not been a nurse in years. His demand for answers led her to tell him that Li is dead, or so she thinks.

Viewers know that Finn and Steffy are destined to reunite during scenes that are teased to have been recorded in Monte Carlo. That projects to a great way to link yet another magnificent location shoot with the anticipated climax to this arc.

But will Finn escape Sheila and then fly with Taylor and Ridge, or will Steffy’s parents already have departed when the drama happens in LA on B&B?

Alternatively, there is no chance that Sheila finally does the right thing, turns herself in, and lets Finn go. Right?