The Bold And The Beautiful Spoilers: Hope’s New Story, No More Steffy Propping? 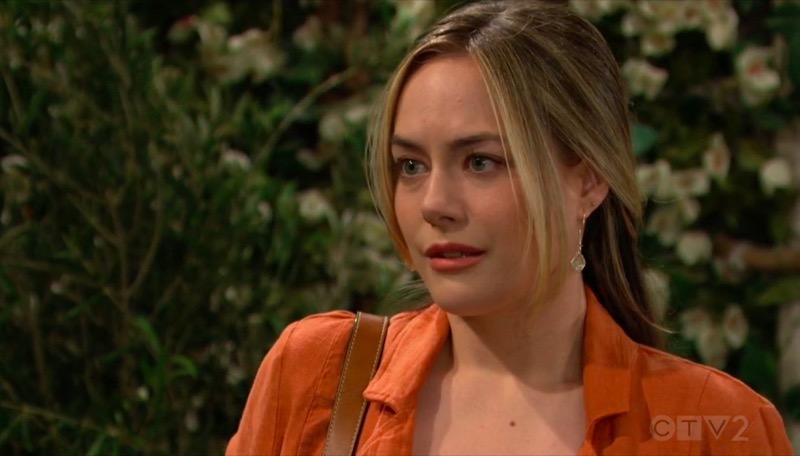 The Bold And The Beautiful spoilers indicate that Bold writers seem to think being seen is enough when certain characters prop others. Hope Spencer (Annika Noelle) seems to be in everyone else’s story but never has one of her own.

Unfortunately, Hope seems to be propping other characters whether it be Liam Spencer (Scott Clifton), Steffy Forrester (Jacqueline MacInnes Wood), or Brook Logan (Katherine Kelly Lang). Isn’t it time for Hope to get a story that doesn’t consist of a mannequin that looks like her?

The Bold And The Beautiful: Hope Spencer’s Last Story Derailed

B&B Spoilers reveal that Hope almost had a story last year when Deacon Sharpe (Sean Kanan) arrives in town last fall. Deacon wanted to get to know his daughter and it seemed to be the story. However, after a short time, the storyline shifted to Deacon and Brook rehashing their failed relationship. Brook spent a lot more time with Deacon than Hope did making it Brook’s story instead. Deacon may now have a relationship with Hope, but most of it is off-screen.

The Bold And The Beautiful: Hope Spencer Was Part Of Thomas Forresters Story

The Bold And The Beautiful’s Hope was a part of Thomas Forrester (Matthew Atkinson). Hope spent more time as a mannequin than herself. Unfortunately, this story was supposed to be about Hope For The Future. In the end, Hope was pretty much out of the story and it centered around Thomas’ brain tumor. Although Hope was the hero, saving Thomas in the end, this story led to her husband cheating on her as well. The story was sadly, about everyone but Hope.

The Bold And The Beautiful: Hope Spencer Was MIA In Her Last Story Too

The Bold And The Beautiful writers seem to have a hard time concentrating on Hope’s position in the story. Hope was missing in action in her last story as well. Hope did have more of a storyline when her baby was thought to have died at birth. Hope also ended up gaining a son when she married Thomas and adopted his son Douglas Forrester (Henry Joseph Samiri).

Douglas was also the one to reunite Hope with her daughter when he discovered that Phobe was Beth and vice versa. This story took place in 2019 and still ended up being as much about Steffy as it did about Hope considering that Steffy was the one who adopted her baby.

After three years of propping someone, mainly Steffy, isn’t it about time Hope has a story of her own?