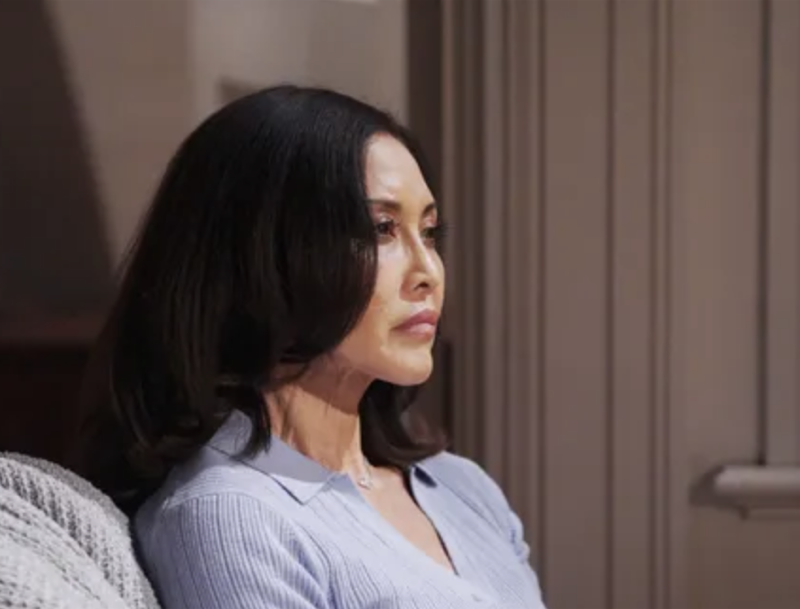 The Bold and the Beautiful spoilers reveal that Bill Spencer (Don Diamont) came across an injured Li Finnegan (Naomi Matsuda). Li will probably refuse medical treatment and will insist that Bill take her to John “Finn” Finnegan (Tanner Novlan). Bill might be confused at first but once he hears Li’s story, he could jump into action and take down a deadly sociopath.

B&B spoilers reveal that in the Thursday, July 21 episode, Bill wandered out of a back door and into an alley. It must be near the docks where Li was supposed to have drowned when her car plummeted into the water.

When Bill goes to investigate the moaning sounds, Li looks up. Even though Li is alive, she probably has injuries. With Finn fighting Sheila Carter (Kimberlin Brown) even more during the week of July 25, Li probably doesn’t have amnesia. This storyline is winding down and about to come to an explosive end.

Bill will want to get Li to a hospital or call 911. However, Li doesn’t care what happens to her. Li’s primary concern is saving Finn from a deranged Sheila. When Bill learns that Finn is alive and is being cared for by Sheila, he will jump into action.

Li will probably insist on Bill taking her to Finn. Bill might not think Li can go anywhere in her condition. However, Li will demand Bill do what she asks. Bill knows exactly how deadly and dangerous Sheila is, so he’s going to want to help take down the villain.

The Bold and the Beautiful spoilers reveal that during the week of July 25, Finn will pull himself out of bed and say exactly what he thinks. When Sheila sees the rage and adrenaline pumping through Finn, she will realize the jig is up. Don’t expect Sheila to allow Finn to leave though. Sheila isn’t giving up or letting Finn go… at least not while she’s alive.

The Bold and the Beautiful Spoilers: Sheila Carter’s Downfall

What would be great is if the minute Finn is stabbed, Bill and Li burst through the door. Li would get there in time to save Finn from the syringe attack. Meanwhile, it’s possible that Bill will take down Sheila. This could be an epic showdown that will allow Bill to be a hero while also eliminating a deadly villain.

Y&R Spoilers: Noah Just Settling for Allie, Find out Why