The Bold And The Beautiful Spoilers: Baker Clueless, Ridge And Brooke Solve Sheila Case For Police? 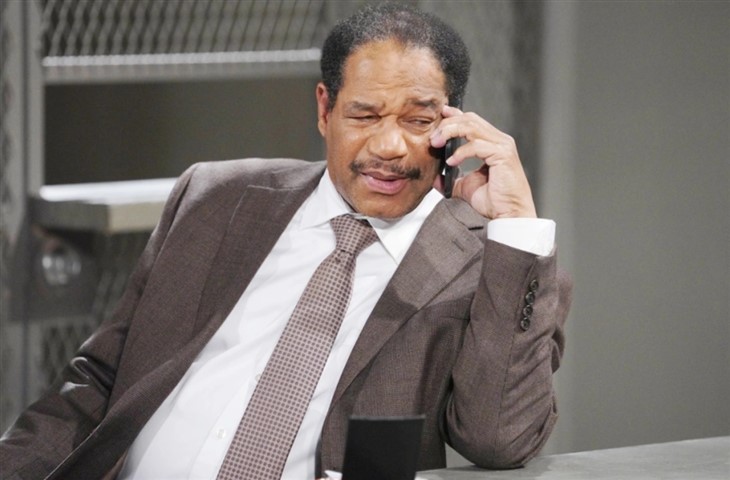 The Bold and the Beautiful spoilers reveal that Sheila Carter (Kimberlin Brown) is still on the loose. There is more at stake than anyone realizes due to John “Finn” Finnegan’s (Tanner Novlan) survival being kept a secret. Deputy Chief Bradley Baker (Dan Martin) will turn to Ridge Forrester (Thorsten Kaye) and Brooke Logan Forrester (Katherine Kelly Lang) for help.

The Bold And The Beautiful Spoilers – Sheila Carter’s Escape

B&B spoilers reveal that when Sheila was arrested, one common question was repeated by various characters. That question was if Sheila was really gone or if she would find a way out of prison.

When Brooke visited Sheila in jail, the inmate promised that she would be back. Sheila also gloated about nobody has been able to keep her locked up and this time would be no different. Just as Sheila promised, Mike Guthrie (Ken Hanes) broke Sheila out of jail.

The Forrester and Logan families hoped that Sheila would be quickly apprehended. However, that hasn’t happened yet. In fact, it’s been quite a while and there don’t seem to be any leads in the case. This is incredibly frustrating for Ridge, Brooke, Taylor Hayes (Krista Allen), Thomas Forrester (Matthew Atkinson), and Steffy Forrester Finnegan (Jacqueline MacInnes Wood).

The Bold and the Beautiful spoilers reveal that Baker will be clueless about which direction to go in. On Monday, July 11, Baker will return to our television screens. Baker wants to find Sheila but the police can’t seem to figure out where to look. This has Baker turning to Ridge and Brooke for help.

Interestingly enough, Sheila will give Mike a list of medications that Finn needs. Sheila orders Mike to go to the jail and raid the infirmary. That might be a mistake on Sheila and Mike’s part. If Mike is seen, then he will probably be followed.

While Finn probably gets saved, Sheila will do everything in her power to avoid going back to jail. Could that lead to Sheila taking the life of one of the characters?

90 Day Fiancé Teaser: Kobe Reacts To Finding Out Emily Could Be Pregnant Again