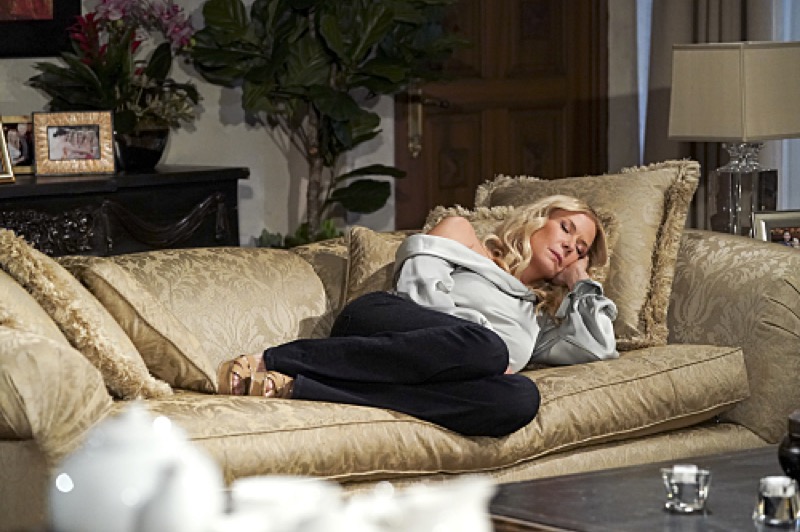 The Bold and the Beautiful spoilers document that Brooke Logan Forrester (Katherine Kelly Lang) hurt her foot while walking up the steps at the mansion. A power outage appears to have led to what seems to be a minor accident.

Thankfully, Ridge Forrester (Thorsten Kaye) was coming to check on the true love of his life. He did not know about her accident. So, their soul mate connection must have drawn Ridge to Brooke at the right time.

Teasers indicate that Brooke will not be in the dark for too much longer. Ridge is expected to tell her that he wants to reconcile.

Bold And The Beautiful Spoilers – Taylor Hayes Left Out

Taylor Hayes (Krista Allen) could not have done more than she has. Allen’s character has been patient and has not bad-mouthed Brooke.

While Ridge reconnected with Taylor, he never committed to her on The Bold and the Beautiful. To his credit, Ridge was open with Taylor about his mixed feelings and reinforced that Brooke was someone he would always care about.

Brooke knew she screwed up. But had no idea that her longtime rival, Sheila Carter (Kimberlin Brown), played a decisive role in the night of drinking with Deacon.

The above reveal did not fully transform Ridge’s thinking but offered Brooke legitimate hope. She never doubted her husband’s love and was also bolstered by him not believing divorce was inevitable.

This separation, which is one of many in one of B&B’s most storied pairings, let Ridge get his head on straight. Brooke regained confidence in herself and has not felt an urge to break sobriety, which is significant.

Bold And The Beautiful Spoilers – Ridge Forrester Wants Something Different

Ridge and Brooke have split, divorced, reconciled, and remarried so often on this iconic soap. But each cycle has involved various distinctions.

If Ridge is to reconcile with Brooke this time, he intends it to be different. Their love is not the question. They need to work on trust.

Brooke must confide in Ridge if she starts to feel a pull toward recklessness. That has been her flaw in daytime days gone by. But she has been honest in recognizing that plot point, with the latest Sheila-caused issue offering encouragement because genuine progress was realized.