The Bold And The Beautiful (B&B) Spoilers: Grace Plots Against Carter 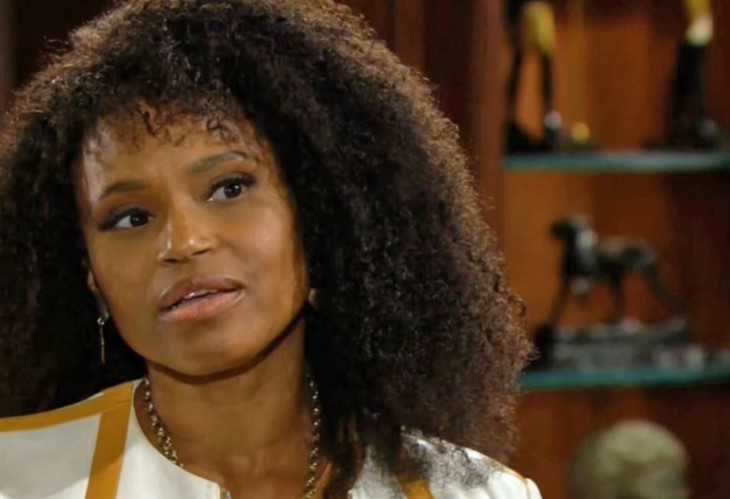 The Bold and the Beautiful (B&B) spoilers for Wednesday, March 9, 2022, reveal Grace Buckingham taking charge when she sees her daughter headed in the wrong direction.

The Bold And The Beautiful Spoilers – What Will Thomas Do With The Truth?

Grace (Cassandra Creech) has a one-track mind at the moment and it involves her daughter marrying Zende Forrester (Delon De Metz). She can tell that Paris Buckingham (Diamond White) and Carter Walton (Lawrence Saint-Victor) are closer than ever and that’s just a NO! after what he did to her daughter, Zoe Buckingham (Kiara Barnes). She can’t watch Paris get hurt just as much when there is a perfectly good Forrester man who loves her.

To that end, she tells Zende he better act fast with this proposal he has been planning for more than two months. Does she mention to him that his friend Carter is the competition or is Zende still in the dark about that one? It also looks like Grace might have her own ulterior motives as her attraction to Carter is clear. Even Carter is telling a relentless Paris that she is better off with Zende. The problem is Paris really, really wants Carter and now that they have slept together, she wants him even more and Paris can definitely be relentless.

Apparently, Sheila Carter (Kimberlin Brown) REALLY likes to gloat because she has been gloating to Thomas Forrester (Matthew Atkinson) for two days and she is onto a third day of telling him all about how she destroyed Brooke Logan Forrester’s (Katherine Kelly Lang) life and Brooke doesn’t even know she was the culprit.

But Thomas knows now. He really knows because Sheila won’t stop talking about it with glee. Just what will Thomas do with the information? Does he break Taylor Hayes’ (Krista Allen) heart after thinking she would have her family back together? Or does he decide this information needs to stay quiet? It’s a dilemma and Thomas does not want to revert to his old ways no matter how tempting it may be. But what would one little omission of the truth hurt, right? Stay tuned to The Bold and the Beautiful weekdays to see how these stories play out.

Days Of Our Lives (DOOL) Spoilers: Ben And Ciara Have Big News