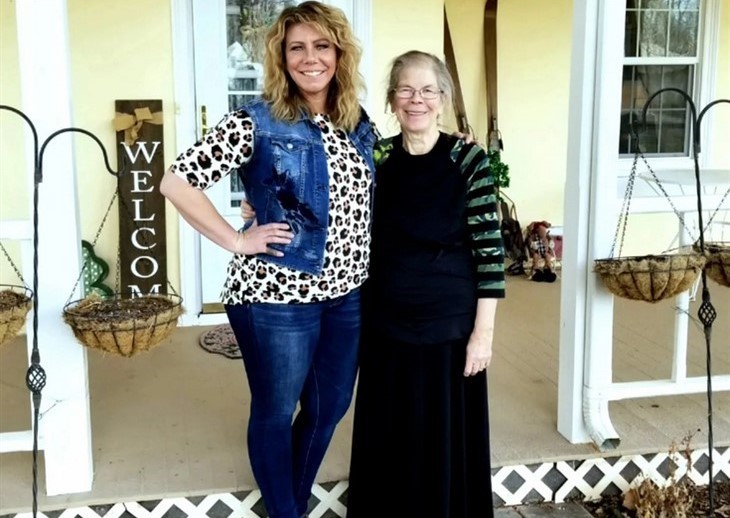 Sister Wives Season 17 took a break from Christine and Kody Brown talking about divorce to bring the news about the death of Meri’s mom, Bonnie. In an emotional episode, the TLC show recapped the event of the death of Bonnie Joyce Ahlstrom Barber. What was her life like? Here’s everything we know about her.

Meri’s mom passed away in March last year, and it happened very suddenly. Fortunately for Kody’s first wife, her friend Jenn Sullivan, and her daughter Mariah a.k.a Leon Brown were there to support her. Fans who followed Meri on social media saw that each special day, she posted her memories. As she worked through her grief at Christmas and on Mother’s Day, many fans also reached out to the TLC star.

The Sister Wives star was in Oregon on the anniversary of her mom’s death. At the time, she said that Bonnie’s passing left a “hole” in her heart. All that fans knew, was that Bonnie Joyce Ahlstrom Barber had died suddenly at the age of 76. However, it was only in Season 17, that fans heard why she passed away so suddenly. Meri said that the unexpected call to see her one last time came after she suffered from an extended heart attack.

Fans saw Bonnie on the TLC show and those who follow Meri knew that before she died, she helped to manage her BNB, Lizzie’s Heritage Inn, in Parowan, Utah. Often, fans speculated that Meri never left Kody Brown because her mom might cut her off from her family. Possibly, that arose because Bonnie was also married to a polygamist. Between all his wives, he raised 26 kids.

According to the United States Obituary website, Bonnie married “William James Barber Jr. on October 1, 1965, in the Oakland California Temple.” Sister Wives fans might not know that she was raised in the area although she was born in 1945 in Cedar City, Utah.

Bonnie went on to enjoy a massive extended family and at the time of her passing, she could lay claim to “30 immediate grandchildren, and 21 great-grandchildren.” She had seven children, including Meri. During her lifetime, she suffered grief as some of her own children, Meri’s siblings, Teresa and Marc also passed away. Additionally, she laid her husband to rest in 2007.

An intelligent young woman, her parents sent Bonnie to university at Cal Berkeley, and she graduated with a bachelor’s degree in accounting. However, when she and William moved to Utah, she spent much of her life teaching. In fact, she not only taught math at a private school but ended up as a school principal. So, in her life, she reached out and influenced many young people. Then, when she moved to Parowan, she reached many adults who stayed at Meri’s BNB.

Many Sister Wives fans who visited the BNB during the four years that Bonnie helped Meri to run it, remembered her with affection. On Instagram, they reflected on her kindness, her laugh, and her hospitality. In fact, Meri dedicated a room to her mom. So, to this day her memory lives on in the ancestral family home.