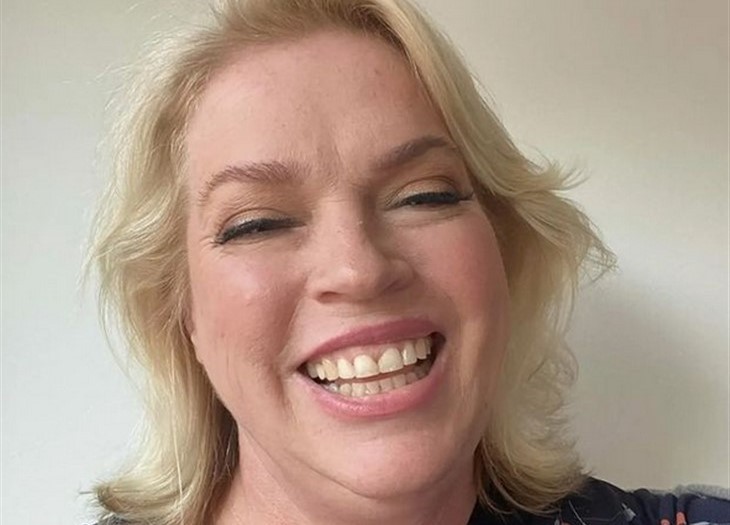 Sister Wives star Janelle Brown often sees her daughter Maddie Brush these days. Actually, many TLC fans hope that it means she finally followed Christine’s lead and gave Kody the boot. Of course, it doesn’t help that Kody rarely features in any photos with his family. Anyway, this weekend, fans discovered that Maddie’s mom was with her on the 4th of July.

Maddie Brush and her mom seem to get along like a house on fire. Obviously, as she produced the first grandchildren, Maddie’s every special. Axel and little Evie-K seem very sweet and their grandma tries to see them as often as possible down in North Carolina. Spoilers suggest that in the next season of the TLC show, fans might see some development happening near where Janelle parked her RV last spring. However, it’s a long trip from Flagstaff to see the grandkids.

Sister Wives fans know that Maddie and her mom get together for conventions and the like as they both promote Plexus products. Actually, Christine does as well and really, fans can’t deny that taking care of their health looks good on all of them. But, a family visit just to enjoy being with the family is different from business gatherings. So, this 4th of July, Caleb, the kids, and Maddie hooked up with Janelle and Savanah.

Janelle Brown took to her Instagram and revealed a photo of herself and someone who might be Savanah at the Tyron Historical Site in North Carolina. It’s not clear who took the photo, so possibly Gabe also went along. Along with Maddie’s husband, they looked to gave a good time. She captioned her post with, “Happy Independence Day!”

Meanwhile, Maddie also shared a similar photo and she tagged it as the Bern Historical Site. In her photo, only the kids, Caleb, and Maddie were shown.

Sister Wives star Maddie said, “Happy Independence Day from the Brushes! 🇺🇸💙✨” If you don’t know, the Tyron site in North Carolina was erected in 2010. A history center, it sits on six acres of land and contains interactive museums. Actually, the kids probably loved the visit as it; seems very interesting with modern technology.

Sister Wives fans reached out and replied to both Janelle and Maddie. One of them hoped that Kody’s second wife was living her best life without Kody. However. on Maddie Brush’s post, most of them just talked about how they like the little family. These days, they seem to have become role model parents for many TLC viewers.

Be sure to catch up on everything happening with the TLC cast right now. Come back often for more Sister Wives spoilers, news, and updates.