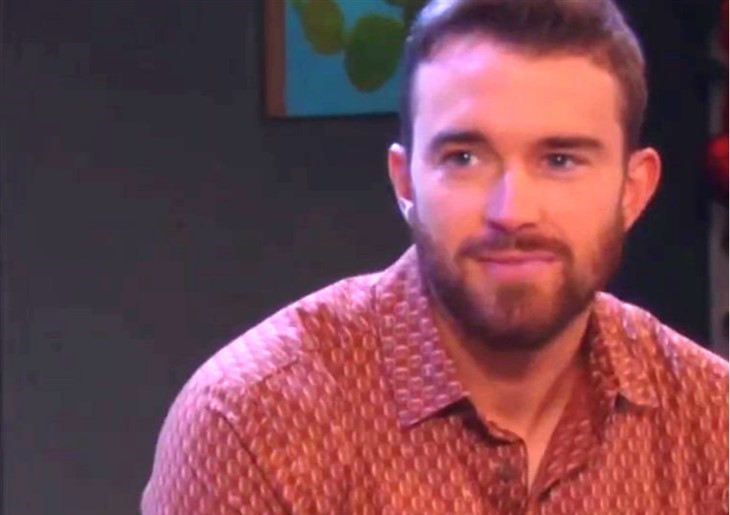 Days of Our Lives spoilers reveal that Lucas Horton (Bryan Dattilo) confesses to Will Horton (Chandler Massey). Even though Lucas fears he could have killed Abigail DiMera (Marci Miller), this probably isn’t what he tells Will. Lucas could admit that he blacked out after drinking the night of Abigail’s murder, though. Could Will share this secret with Chad DiMera (Billy Flynn)?

DOOL spoilers reveal that Abigail’s death shocked everyone in Salem. As Chad deals with his wife being killed, he wants answers. There are a lot of suspects, and some have different motives. It is teased that as time goes on, more characters could be added to the suspect list.

When Abigail was first killed, Chad wondered if Lucas was responsible. After all, Chad had just told Abigail that Lucas was the one who really kidnapped Sami Brady (Alison Sweeney) and held her hostage for three months. Chad also helped Lucas frame EJ DiMera (Dan Feuerriegel), which led to the character spending some time in prison.

The same night that Abigail was murdered, Lucas freaked out over Kate Roberts (Lauren Koslow) telling him that Abigail knew the truth. Kate assured Lucas that Chad and Abigail were going to keep the information to themselves. However, Lucas went into panic mode and stole liquor from Brady’s Pub.

The next morning, Lucas woke up next to an empty bottle and had no memory of the night before. Lucas also had blood on his hand, which was a mystery to him.

After Lucas found out about Abigail’s death, he feared that he could have been responsible. Lucas even ransacked his own room looking for Abigail’s stolen jewelry. Lucas was relieved not to find anything but still wonders what happened that night.

Days Of Our Lives Spoilers – Will Horton’s Discovery

Days of Our Lives spoilers reveal that Rafe Hernandez (Galen Gering) makes an arrest during the week of July 4. It seems like Clyde Weston (James Read) could be the one arrested. Nancy Miller (Patrika Darbo) is questioned about Clyde’s jewelry gift. Plus, Clyde promises Ben Weston (Robert Scott Wilson) that he’s innocent.

During the week of July 11, Lucas makes a confession to Will. It likely isn’t that Lucas wondered if he killed Abigail. The confession is probably that Lucas relapsed and has no memory of that night. Will might happen to mention this to Chad because the widow makes a realization about Abigail’s murder that same week.

Right after that, Chad makes an accusation and Sami’s life comes crashing down around her. Then, Lucas tells Kate his new plan, which doesn’t make her happy. So, these all must be connected.

Could Will bring up Lucas’ relapse to Chad, which makes him revisit his original suspicion? Does that lead to Chad accusing Lucas of murder on the wedding day? What will Lucas’ new plan be and why is Kate so unhappy with it?