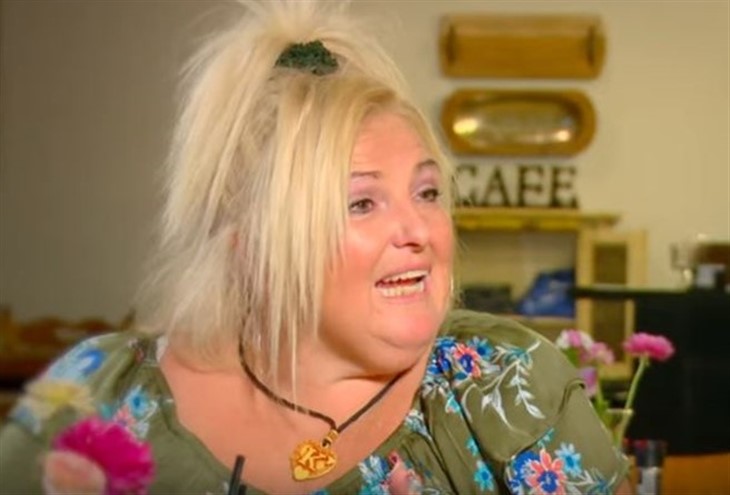 Angela Deem, the former 90 Day Fiancé favorite mee-maw, just shocked her followers on Instagram. In a recent post, it looks like she has lost even more weight as she is seen dancing in almost non-existent shorts and a backless top. It makes you wonder what her husband, Michael Ilesanmi, thinks of the latest video.

Since starring in season 2 of 90 Day Fiancé: Before the 90 Days, Angela Deem has regularly appeared in the TLC reality franchise. Angela, 56, of Georgia eventually married her fiancé, Michael Ilesanmi, but things haven’t been that smooth.

After marrying the Nigerian native, Deem returned to the US and started a weight-loss regime. She underwent five surgeries to finally get her desired figure including gastric bypass surgery, breast reduction and liposuction. All along, Michael didn’t want her to lose any weight, particularly in the breast area, which led to her having new breast implants.

Fans can’t forget that moment in the 90 Day Fiancé: Happily Ever After? Tell-All, where Angela flashed her new boobs in front of the camera. At the time she was fighting with Michael, who attended the Tell-All via Zoom.

Since that time, the infamous mee-maw has been spotted in various revealing outfits, where she shows off her “assets,” including a swimsuit with a deep, plunging neckline. However, while some of her fans applaud her look, others are saying Angela should wear age-appropriate clothing.

Recently, it is clear that Angela has been visiting New York quite often to hang out with her friend. That friend is the same aesthetician who performs cosmetic procedures on fellow 90 Day Fiancé star, Ariela Weinberg. While there, Deem shared a video on TikTok and her Instagram of herself dancing to Steve Winwood’s “Higher Love.” As mentioned earlier, Angela was wearing a black top with almost non-existent shorts. Readers can watch the clip here:

What is 90 Day Fiance star Angela Deem up to these days? Video @deemangela pic.twitter.com/wv4ISvvvPg

It turns out she was dancing at “The Rogers at New York,” smiling and looking very happy. While her clothing definitely isn’t age-appropriate, she does look good. However, while some fans congratulated her, saying she looks gorgeous, others asked the loaded question, “Where’s Michael?” Others sarcastically asked where her pants were, or whether she was now single.

Meanwhile, 90 Day Fiancé fans have to agree that Angela is living her life to the fullest since her cosmetic procedures. Others continue to feel she is doing this to gain more attention.

As Deem was last seen filming in New York in December 2021, it looks like Angela and her weight-loss journey could feature in a future 90 Day Fiancé spin-off. Maybe Michael will also feature, who knows?