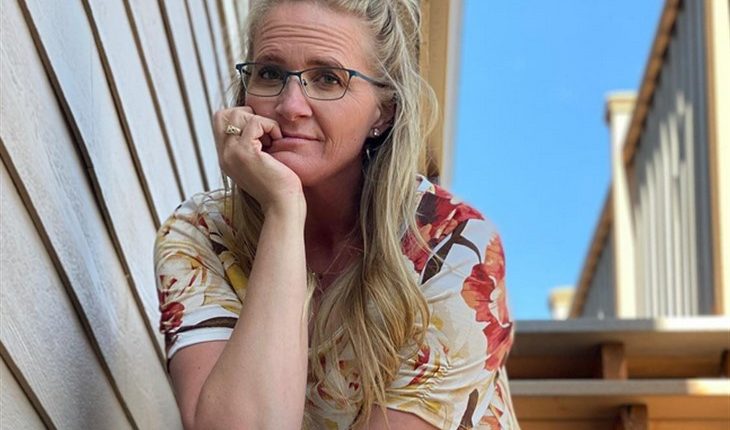 Sister Wives Season 16 brought Christine Brown a lot of adoring fans when she told Kody to stick his spiritual marriage. Well, she moved to Utah and now she still markets her LuLaRoe products. However, she also sells health supplements and pushes the Plexus products. So, some fans grow really irritated with her. In fact, it looks like Robyn is the only one who doesn’t market anything.

In recent days, Paedon Brown persuaded his mom to get on TikTok. Actually, he is very popular there, mainly because fans hope that he will spill some tea. In her introductory video, Kody’s ex-wife seemed a bit reluctant to join. Perhaps she knew that folks would hate it if she pushed more products there. Anyway, she did and now she gets some backlash.

Sister Wives fans had already slammed  Christine Brown over on Instagram for posting so many promos. While they admire her courage to leave her marriage, they grow annoyed with too many promotions. So, one might think that she would slow it down a hit on TikTok. However, she didn’t and now more backlash arrives.

The TLC star already pushes her Plexus products on Instagram. Additionally, she also promotes her LuLaRoe products on Facebook as well. Whilst some fans love that she’s independent of Kody these days, others grow irritable because she allegedly sells products from an MLM.

Redditor u/zombiecatwoman posted on the  r/TLCsisterwives subreddit about it. The post shared a screenshot from TikTok. Then in the title, they said, “2 days on Tiktok and Christine is already peddling her snake oil. Sad how many people are falling for it.”

Some Sister Wives fans feel really sorry for the mom of Paedon, Truely, Mykleti, Aspyn, Ysabel, and Gwen. One of them noted, “YES, this stuff is trash. And yet she was raised in a culture that didn’t value educating women, she doesn’t have career skills, she’s a divorcée without any legal alimony rights, and she probably feels too old to start a career. “

However, others seem less understanding. A reply read, “Please don’t feel bad for her! She’s taking the easy way to make money by scamming people through an MLM. That is not someone you should take pity on. There are thousands of jobs available to her and she’s choosing this, not bc it’s the “only thing she’s good at” but bc she knows she can use her platform to easily manipulate people.”

Sister Wives – What Are Your Thoughts About The Star ‘Peddling Snake Oil?’

More TLC fans think that there are other ways to earn apart from selling these so-called “miracle products.” One of them noted, “She passed the real estate exam in LV but didn’t want to work weekends. I’m pretty sure she’d do well in real estate in Utah if she wanted to take the exam.”

Sister Wives fans can be very hard on reality TV stars, but what are your thoughts? Do you think that being able to earn an income from MLM companies is an okay thing? Or, do you hate that she pushes an allegedly MLM ‘snake oil’ product? Sound off in the comments below.