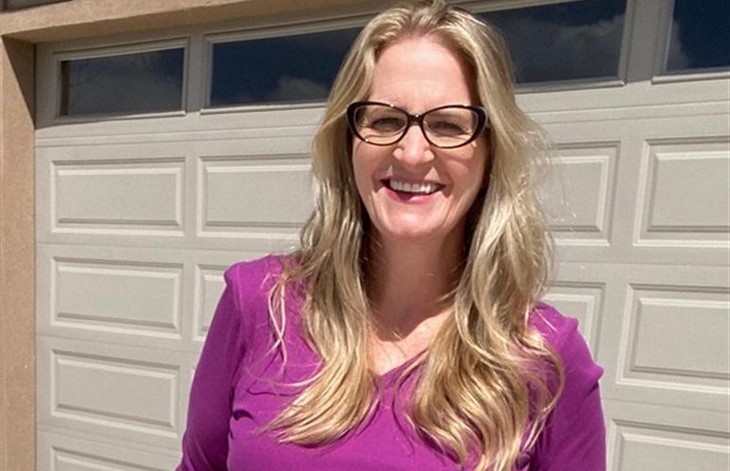 Sister Wives star Paedon Brown gains a lot of followers on TikTok and now he persuaded his mom, Christine Brown to open an account there as well. Clearly, TLC fans love the idea, as she racked up over 60K followers in less than 10 hours! Actually, lots of fans will probably follow her as they always loved her Car Confessions on Instagram.

Paedon gains a large following on TikTok, and he’s becoming increasingly popular with fans. For a start, he’s boisterous and amusing. Additionally, he fully supports his mom. In fact, he recently left St.George in southern Utah and moved to Salt Lake City. Clearly, he sides with his mom after her separation from Kody. Actually, fans also follow Peadon because he spills tea about the family and he’s not under an NDA.

Sister Wives fans are also swarming to follow Christine Brown on social media. Ever since Season 16 ended and she landed her own cooking show spinoff, fans rave about the mom of Mykelti, Aspyn, Gwen, Paedon, Ysabel, and Truely. In particular, they like her Car Confessions. Now they’ll get to see more videos as Paedon got his mom to start her TikTok account.

Paedon shared his mom’s first video and directed them to Christine’s account. Many fans rushed over there to follow her and in just nine hours, she cranked up over 60K followers. In her video, she and Paedon spoke about how excited she felt. Actually, she admitted that her son badgered her for about a year to expand her reach on the video platform.

It seemed that the Sister Wives star initially didn’t want to take on a new social media platform. After all, she already has several Facebook accounts and she maintains her Instagram. Additionally, she has a Cameo account. However, when Paedon urged her, she sounded a bit happier about expanding her social media. Well, if she has reservations, her fans certainly don’t.

One Sister Wives fan asked Christine, “will you do your streusel cake?! I asked Paedon which recipe was his fave that we haven’t seen yet and that’s what he said!” Well, in her reply, she said that she “definitely” will.

Meanwhile, other fans celebrated the fact that their favorite TLC star started a TikTok. One of them wrote, “Yes!! The queen has arrived!!!.”

This comment also went in: “Welcome!!! We’ve been waiting for you!”

Similarly, another follower wrote, “so happy to see you on here 🥰🥰🥰.”