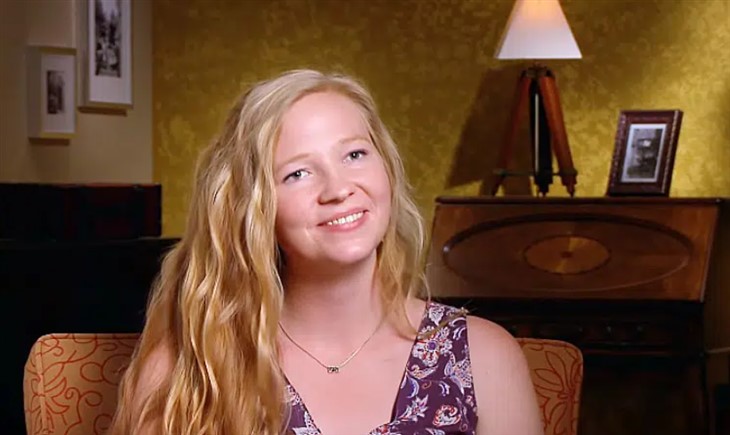 Sister Wives spoilers reveal that fans of the show don’t think that Aspyn Brown will have children. There are many women in the Brown family that have started families already and continue to have children. Aspyn, who is married to Mitch Thompson, has yet to make any baby announcements, unlike her sisters, Maddie and Mykelti Brown, who had children not too long after they got married. Why is Aspyn not eager to have kids? Fans have a lot of theories.

Aspyn is the oldest daughter in the family and as a child, she was left in charge of her siblings quite often. Reddit users decided to voice their opinions about the reasons they thought she didn’t want to have kids. One wrote, “Has Aspyn been turned off parenting? I’ve seen this before, with my friends who were the eldest child in a big family. They were raised to be substitute moms for younger siblings, and they chose to be childless. Raise much like Aspyn, who had the responsibility of getting all her younger siblings to bed.”

There were also fans who think that these two could be dealing with a lot in their personal lives and don’t really have time for kids or they just don’t want to share this with the public the way her siblings do. They wrote, “I think we also need to be sensitive to the fact that other things may be going on. I know people want to believe she just doesn’t want kids because that plays up the drama, but it could be anything. They may be having infertility problems or may not feel like they’re in a good place to have kids.”

Sister Wives Spoilers – What Does Aspyn Brown Do Now That She’s Not On the Show?

Aspyn hasn’t been on Sister Wives in quite some time and she was always very popular when she was on the show. She keeps a very low profile and it doesn’t seem as if she hangs out with her siblings a lot either. She was with Myketli in Las Vegas for Logan Brown’s fiance’s bachelorette party though.

We will keep an eye on Aspyn to see if she is spotted again on social media.