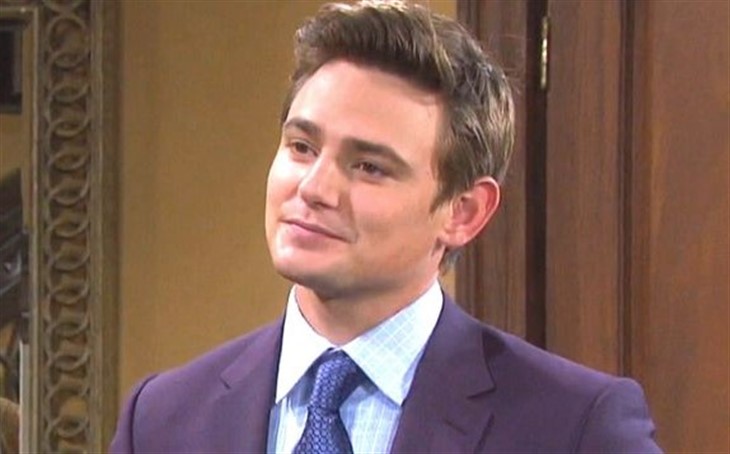 Days of Our Lives spoilers for the week of October 10 reveal that Wendy Shin (Victoria Grace) will appear in Salem. It’s possible that when Johnny DiMera (Carson Boatman) meets Wendy, he could fall madly in love. However, don’t expect their potential romance to be without roadblocks.

DOOL spoilers reveal that when Johnny came to Salem, he became smitten with Chanel Dupree (Raven Bowens). Despite the two getting married, the devil possessing Johnny would end that union.

After Chanel, Johnny became interested in Ava Vitali (Tamara Braun). However, Ava is a bit old for Johnny. It doesn’t seem like there is anyone who is appropriate for Johnny. At least, nobody that is available. That could change soon when a new young lady arrives in town.

Johnny not having any potential love interests could be one of the reasons why Wendy comes to Salem. During the week of October 10, Wendy will reunite with Li Shin (Remington Hoffman). Wendy might also share some scenes with Gabi Hernandez (Camila Banus). After all, Li and Gabi are supposed to be getting married soon.

Days Of Our Lives Spoilers – Falling Fast and Hard

Days of Our Lives spoilers reveal that Johnny could become smitten with Wendy. It is teased that Wendy won’t fall for Johnny’s charms the way other women do. At least, Wendy won’t be interested in Johnny in the beginning. In order for Johnny to get Wendy’s interest, he is going to have to use more than his DiMera charm.

However, Johnny does have a soft side. This side could come out and be what woos Wendy.

The promo for the new season of the soap shows Johnny and Wendy in a close moment. So, it sounds like they will eventually sizzle up our television screens. Will Wendy’s family accept Johnny, though? That could be one major roadblock, especially where Li is concerned.

The Shin family might not be the only ones that object to the romance. Perhaps some of the DiMeras will think that Johnny and Wendy shouldn’t be together. That could create some interesting storylines. After all, without drama and conflict, soaps can’t exist. It’s just a matter of who will interfere, when and why.

What do you think is going to happen when Wendy arrives in Salem? Will Johnny and Wendy form a love connection? Will this be an easy romance or could there be challenges along the way? Share your thoughts and remember to keep watching the soap on Peacock to find out what happens next.