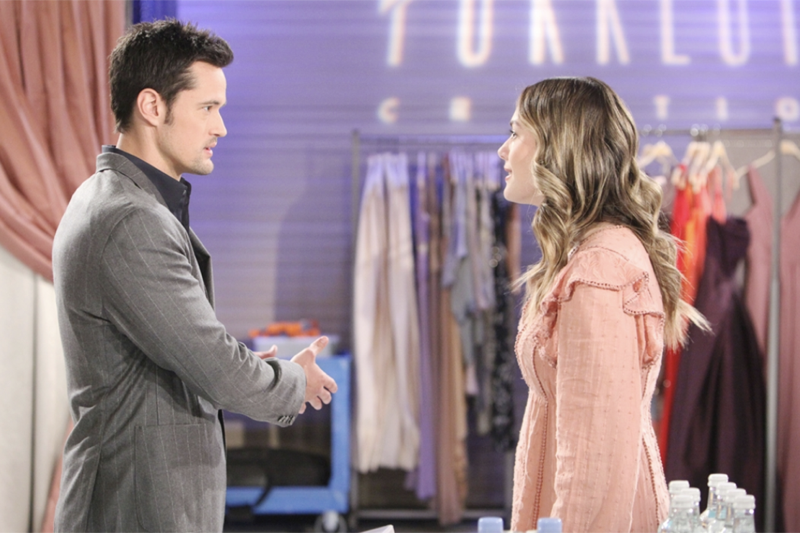 The Bold and the Beautiful (B&B) spoilers for Wednesday, August 17, 2022, reveal Thomas and Hope sitting down to discuss Douglas — and it doesn’t go very well.

The Bold and the Beautiful Spoilers: The Fight For Douglas Is On

Hope Logan Spencer (Annika Noelle) is still in a state of shock that anyone can come and disturb her little fantasy life in her log cabin raising one child that is hers and one child that is not. She claimed Douglas Forrester as her own when Thomas Forrester (Matthew Atkinson) wasn’t in his right state of mind never imagining that he would somehow want to have Douglas live with him again since he is the boy’s father after all.

Thomas himself is in a state of shock that Hope just doesn’t want to give Douglas back. Yes, he started this whole mess but he is still the boy’s only living biological parent and he has a right to him. Thomas doesn’t want to remove Hope from Douglas’ life. He only wants to be a full-time dad.

As Steffy Forrester (Jacqueline MacInnes Wood) rails on and on about how Ridge Forrester (Thorsten Kayle) and Taylor Hayes belong together and that’s that, Taylor has to admit that yes, she wants to be with Ridge. She is still in love with him and would like nothing more for him to dump Brooke Logan Forrester (Katherine Kelly Lang) once and for all. She is as tired as we are of this eternal triangle, but will she gets the guts to tell all this to Ridge?

Of course, that’s exactly what Steffy encourages her mother to do. However, with Ridge telling Brooke the truth about that Monte Carlo kiss, will Taylor have to do much work to make Ridge her own? It just might happen by default if Brooke can’t get over knowing the truth no matter how hard she tries.

The question remains — does Taylor still want to be the default woman in Ridge’s life or does she finally want to come first? Ridge better make up his mind and fast. Stay tuned to The Bold and the Beautiful weekdays to see how these stories play out.