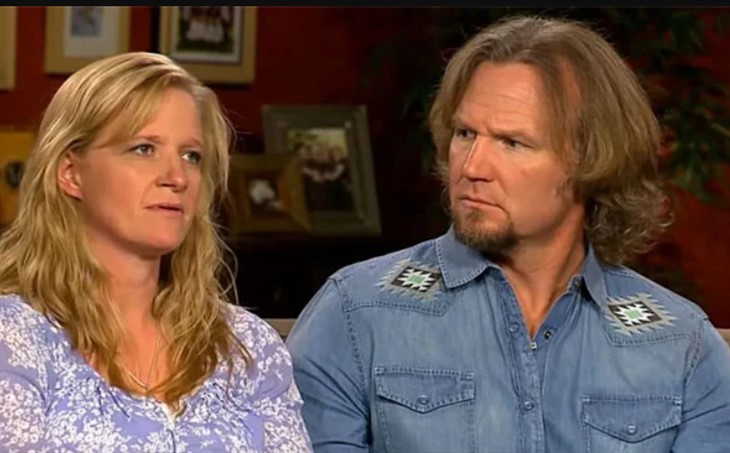 Sister Wives spoilers reveal that Christine Brown and Kody Brown had it out in a Zoom meeting in the last episode of the popular TLC show, according to Today. Continue reading and we’ll explain how that conversation saw the Brown patriarch accuse Christine of having a certain kind of attitude.

Sister Wives spoilers reveal, in case you missed the latest round of “Sister Wives” drama, Christine gets a bit more vocal about how she feels, and her husband has some things to say about the change in tides. Per TODAY, the third installment of Season 17 titled “The Labors of Love” revolves around four main storylines:

Christine and Kody’s anniversary, which never took place, a zoom meeting between the Brown Patriarch and his then-four wives, the birth of Mykelti Padron’s daughter – Christine and Kody’s third grandbaby, and the death of Meri Brown’s mother Bonnie.

In the Zoom meeting, Kody caught up with his four wives Robyn, Janelle, Christine, and Meri Brown. The meeting begins with Kody mentioning why they were unable to meet in person, “another COVID-19 meeting.”

Christine comes back with “Well, it’s important because two major things have changed. Schools have opened up, so kids can go back to the classroom.” While she was speaking it appeared that Kody was about to interrupt her. He revealed later, in a one-on-one, what was going on in his head at that moment.

“There’s literally an attitude of, ‘I don’t need you guys anymore and I don’t have to really submit myself to what the group wants,'” he said.

Back to the Zoom meeting as it turned to the topic of COVID-19 protocols, Christine mentioned that their daughter Ysabel wanted to go to school in person to be around her friends for her senior year. Kody, of course, was focused on himself not being exposed to the virus if her daughter was attending school in person, implying that he would stop visiting Christine if Ysabel returned to school.

Janelle tried to come to Ysabel’s defense but ultimately kept quiet, revealing later in a one-on-one that Ysabel was basically being made to choose between seeing her friends or her father. Janelle later wanted to know when Kody was going to be comfortable visiting everyone’s houses again, explaining in a private interview “I am crossing a line, but I don’t know, it just frustrates me so much that I can’t keep my mouth shut.”

Be sure and stay up to speed on all your Sister Wives drama. Return here often for more Sister Wives spoilers, news, and updates.

Days Of Our Lives Spoilers: Allie Stuns Chanel With Shocking Idea Will Their Relationship Survive?