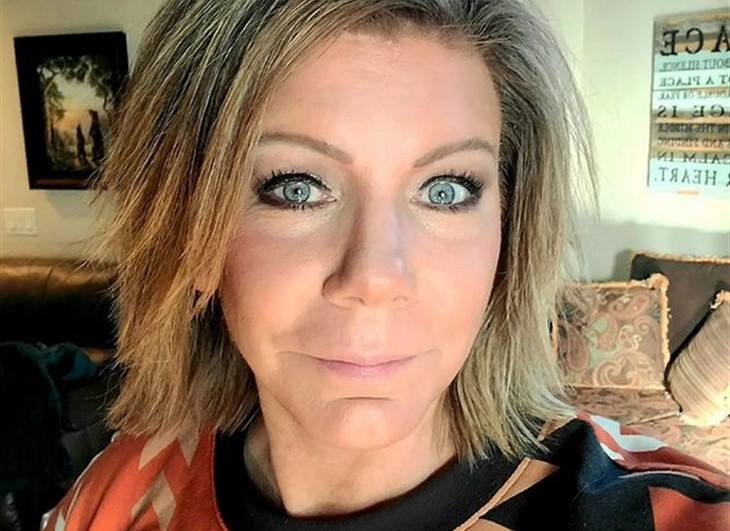 Sister Wives spoilers reveal that Season 17 will see Meri Brown starting off differently than what folks have come to expect from the reality TV star throughout the years. Continue reading and we’ll fill you in on the details.

Sister Wives spoilers reveal that, in what is assuredly a relief to some Sister Wives fans, it’s not about Kody Brown. Nope. This time Meri Brown is surprising fans with her sadness over how events have unfolded for the popular TLC series.

Faithful Sister Wives fans know how Meri interacts or doesn’t, with the other wives. Fans know that Meri seems to get along with Robyn better than the rest. Janelle and Meri Brown have never hidden their dislike for one another on camera. Fans may recall when the two shared how they can’t even ride in a car together.

Christine, on the other hand, has been known to cut up with Meri at family events. During one such event, fans may recall, the two wrestled to the ground and then got up smiling and laughing. Yet, some think, as Soap Dirt reveals, that the two have shown animosity towards each other over the years.

In recent seasons of Sister Wives, it became clear that Christine didn’t like how the first brown wife treated her over the years. Recently, Christine spoke of being the “basement wife” when the family lived in a shared house in Utah, long before Robyn, the fourth, entered into the plural marriage.

Fans may recall that, at the time, Meri’s apartment was the only means by which Christine or Janelle could get to one another’s place. So, the two families had to pass through Meri’s place in order to visit each other, otherwise, they would have to get there by going outside.

And, of course, Meri put an end to that, making her place off limits to thru-traffic. This made it so that, even in bad weather, Janelle and Christine’s children would need to go outside just to visit each other. There are also stories of Meri demanding things her way quite often so, it didn’t ever seem like Meri and the other wives shared much appreciation for each other. But now, with Christine gone, it seems dynamics are changing

Sister Wives spoilers indicate that fans surely understand why Meri is upset with Christine leaving. No matter how they seemed to bicker, they were all still a big part of one another’s lives. But, according to Soap Dirt, it’s what we hear Meri say in the trailer for Season 17 that is puzzling.

In the clip, we hear Meri saying that not only does she consider Christine her sister wife, but she thinks of her as a friend. In her words, she said Christine was “a friend for a lot of years.” Though this is somewhat confusing given the Brown family history, it should be interesting to see how season 17 unfolds.