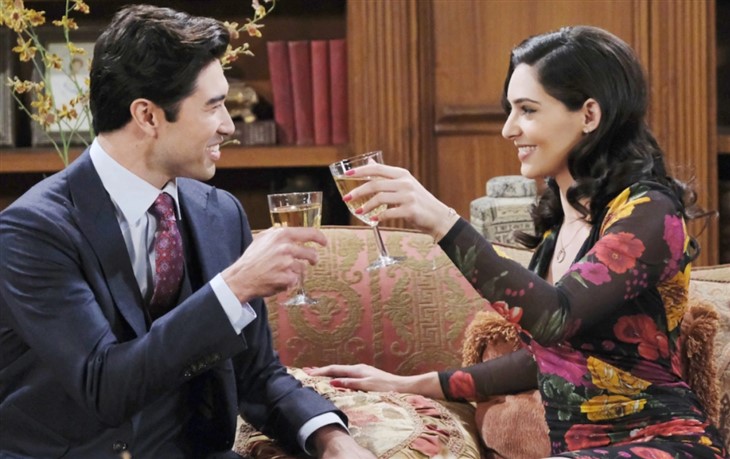 Days of Our Lives spoilers reveal that Li Shin (Remington Hoffman) wants Dr. Wilhelm Rolf (Richard Wharton) to delay waking up Stefan DiMera (Brandon Barash). However, Kristen DiMera (Stacy Haiduk) could do it anyway. There is rumbling that Stefan could be given a love potion. Will this potion prevent Stefan and Gabi Hernandez’s (Camila Banus) reunion?

DOOL spoilers reveal that during a recent episode, Li surprised Dr. Rolf by showing up in the lab. Li confronted Dr. Rolf about keeping Stefan alive without his knowledge or approval. Li doesn’t want Stefan to be resurrected just yet. Li has a plan in motion and Stefan waking up right now would complicate the situation.

While Dr. Rolf understood Li’s demand, the mad scientist made a confession. Dr. Rolf admitted to being terrified of Kristen. Li replied that Kristen was a wild card but threatened Dr. Rolf.

Meanwhile, Kristen doesn’t want to wait for Stefan to wake up no matter what Dr. Rolf says. Dr. Rolf explained that Stefan has been asleep for three years and needs time to adjust. Dr. Rolf also suggested that Stefan might wake up not completely well and brain damage was one possibility.

Even with Dr. Rolf’s warnings, Kristen is impatient. So, Kristen could ignore Dr. Rolf’s advice and try to wake up Stefan sooner rather than later.

Days Of Our Lives Spoilers – Stefan DiMera Given Love Potion?

Days of Our Lives spoilers hint that when Stefan wakes up, Li could explode. Of course, Li will lash out at Dr. Rolf. This might be when Dr. Rolf explains that it was Kristen who woke Stefan up, not him. This will put Li in a tight spot as he figures out what to do.

With there being rumors that Stefan might be given a love potion, could this be Li’s doing? Perhaps he demands that Dr. Rolf come up with a way to stop Stefan and Gabi from reuniting. Dr. Rolf’s love potion might accomplish that goal.

Even though the love potion could stop Stefan and Gabi from reuniting, it might just be temporary. After all, love always seems to find a way in soaps. Could Li’s plan be derailed by fate? If so, what does that mean for Stefan, Gabi, Li, Kristen, Dr. Rolf as well as Ava Vitali (Tamara Braun)?

What do you think is going to happen when Stefan wakes up? Will Kristen wake up Stefan despite Dr. Rolf’s warnings? How will Li do damage control and prevent Gabi from reuniting with her soulmate? Share your thoughts and remember to keep watching the NBC soap to see what happens next.